Luke Benbow has been appointed general manager of the 213-room Wyndham Sea Pearl Resort Phuket in Thailand. Most recently, Benbow was GM of the four-star Mercure Resort Bali Sanur and previously held management roles at Pullman Bali Legian Nirwana, Centara properties in Koh Samui, Pattaya, and Krabi in Thailand, as well as hotels in China and the Maldives. 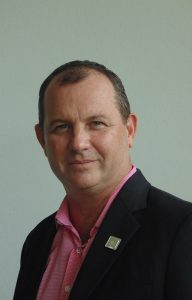 The Royal Garden Hong Kong has appointed Calvin Choi as executive sous chef of the hotel. The multiple award-winning chef received his formal culinary training at the Cuisine Training School by Alain Ducasse in France.

W Taipei has announced the appointment of Vivian Lin as hotel manager – the first female hotel manager of W Hotels in Taiwan. After a career in accountancy, Lin studied hotel management in Switzerland and now has 20-years’ hotel management experience, especially in F&B. She joined Starwood Hotels Group in 2010 as director of banquets at W Taipei for the pre-opening project.

Jan-Hendrik Meidinger brings 25 years of luxury hospitality experience to Mandarin Oriental Hotel Group as he joins The Excelsior from his most recent role as general manager of Park Hyatt Saigon. He joined the Hyatt in 1999, and was appointed general manager of Hyatt Regency Guam in 2010. A German national, Meidinger graduated from the University of Surrey, UK, majoring in International Tourism and Hospitality Management.

Song Saa Hotels and Resorts has announced the appointment of Karen Merrick as general manager of its flagship resort in Cambodia’s Koh Rong Archipelago. Merrick has over 25 years in the hospitality industry with the most recent tenure at Soneva Fushi Resort & Residences in the Maldives and previously GM at Ackergill Tower, Scotland. Merrick has also worked at Centara Ras Fushi, Maldives and The Taaras Resort & Spa/Berjaya Redang Resort, Malaysia, and others.

JW Marriott Hotel Hong Kong has welcomed Jayson Tang as its new executive Chinese chef for the property’s award-winning Chinese restaurant, Man Ho. With over 10 years of culinary expertise under his belt, specialising in Chinese cuisine, Tang was born and raised in Hong Kong, working at various five-star hotels and restaurants. Prior to joining the JW Marriott Hotel Hong Kong, he was chef de cuisine at Mira Hong Kong’s Michelin-recommended Cuisine Cuisine Restaurant.

Pan Pacific Hotels Group has announced the appointment of Kurt Otto Wehinger as area general manager Oceania with a concurrent appointment as GM of Parkroyal Darling Harbour, Sydney. With more than 30 years of experience, Austrian national Wehinger has worked in the US for Kempinski and InterContinental, Europe Australia and the Middle East. He was most recently the General Manager of the Marina Mandarin Singapore, a position he held for more than six years. Prior to that, he was the first GM of the Grand Millennium Beijing.

Managing Director of the MBK Hotel and Tourism