Foreign investors and tourists are beating a path to Myanmar’s door as democratic reforms make the country once again an attractive travel destination, Michael Taylor writes

Myanmar languished under a military dictatorship for nearly four decades. During that period, the country’s tourism and hospitality industries were the exclusive domain of the government. Foreign investors and foreign tourists tended to give the country a wide berth.

Democratic reforms were launched in 2011, and general elections were held on 8 November 2015. They were the first openly contested elections since 1990.

As the country’s political climate improves, multinational hotel groups are giving it a second look, and foreign tourists are beating a path to its door. Growth over the last five years has been nothing short of spectacular.

“Like many other countries in the region, Myanmar has become an interesting destination for private businesses looking to make considered and sensitive investments in the country’s infrastructure and service sectors,” says Olivier Trinquand, vice president, The Strand Hotel & Cruise.

“Certainly in the tourism sector, the increased demand from domestic and international travellers is attractive to private investors and the innate kindness of the people of Myanmar, along with the cultural richness of the country, means that this demand is set to continue.”

Hilton entered the market in October 2014, opening the Hilton Pyi Taw in the nation’s capital, Naypytaw. Set amid 100 acres of tropically landscaped grounds, the 202-room property is owned by the Eden Group and managed by Hilton Worldwide.

The hotel is one of 60 hotels that have opened in the country’s 10-year-old capital, one of what locals call ‘the big three’, which includes the Kempinski and the Lake Garden MGallery Collection.

In January of the following year, Hilton opened a second property in the country, the Hilton Ngapali Resort & Spa, a beach resort facing the Indian Ocean. With 51 rooms and suites, the property is also owned by the Eden Group.

“The opening of Hilton Ngapali Resort & Spa marks a significant milestone for Hilton Worldwide in Myanmar,” says William Costley, vice presiden, operations, Southeast Asia, Hilton Worldwide. “It underlines our unwavering commitment to contribute to the travel and tourism industry in the country.”

Under an agreement signed with Eden in mid-2014, Hilton will manage three more properties in the country: the Hilton Bagan and Hilton Inle Lake will open later this year. The Hilton Mandalay will open in 2017.

The French-based AccorHotels group also opened its first properties in Myanmar in 2014. The Lake Garden Nay Pyi Taw, MGallery by Sofitel, opened in October and the Novotel Inle Lake Myat Min opened in November. The Novotel Yangon Max followed in April 2015. But that’s only the start.

“Our three hotels have performed well, witnessing a startling 1,304 per cent increase in bookings over 2014 thanks to the addition of Novotel Yangon Max in April 2015 and a big jump in people travelling within Asia. Of course these numbers are buoyed by the country’s increasing importance as a tourism and business destination.”

Keppel Land Hospitality Management has something of a first mover advantage in Myanmar. A member of Preferred Hotel and Resorts, it entered the country in 1993 and currently owns and manages two hotels: Sedona Hotel Yangon and Sedona Hotel Mandalay.

“To date, both hotels have established themselves as the choice accommodation provider in the country and employ over 1,000 local staff,” says Chu Chee Seng, general manager of Keppel Land Hospitality Management.

The Sedona Hotel Yangon has added a new wing, which opened in May 2016, bringing the property’s room count To 797. Its existing wing was renovated in 2014.

“Myanmar’s GDP has been growing steadily, with growth supported by rising investments propelled by improved business confidence, commodity exports, buoyant tourism and credit growth,” Chu says. “These were further complemented by the government’s structural reform programme. For Keppel Land, we are privileged to have established a good track record of more than 20 years in Myanmar, and continue to believe in the long term potential of the country.

Rolling down the river

Belmond operates hotels, trains, and river cruises in 22 countries around the world. It entered the Myanmar market in 1996, when it pioneered the way for river cruising in the country.

“Over the last 20 years, we’ve explored the Ayeyarwady River and developed a strong local presence with the local communities along the river,” says Sven Gevers, regional managing director – Asia.

“In 2013, we launched Belmond Orcaella. With a slimmer draft, she is able to reach lesser explored parts of Myanmar and runs some longer immersive cruises along the Chindwin River to the foothills of the Himalayas.”

The group also operates a hotel in Yangon, the Belmond Governor’s Residence, a colonial building dating back to the 1920s. It is set amid manicured tropical gardens.

“Luxury travellers continue to seek authentic and immersive experiences that take them to lesser explored destinations – they want to experience the destination without the crowds and they also want to know they are in the care of experts,” Gevers says.

The government ‘s Master Plan is to develop well-known tourist destinations such as Yangon, Mandalay and Inle Lake, and calls for the opening up of coastal regions and ethnic areas.

“We believe this plan will benefit not only the tourism industry but also the other peripheral businesses involved,” Stevens says. “We recognise the importance of reaching out and working closely with our valued partners and the National Tourism Board.” 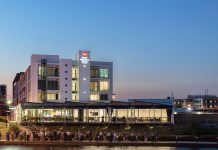 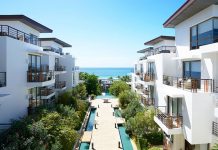 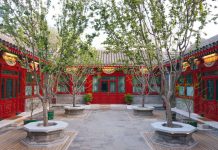 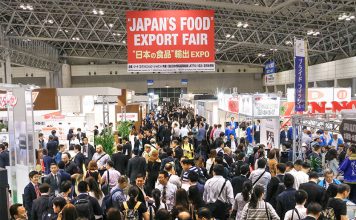 ABOUT US
The magazine provides in-depth coverage of industry news and views, food and beverage trends, state-of-the-art technology systems, new restaurant and hotel design concepts, and the latest innovative products in the market, Asian Hotel & Catering Times is the most effective way to reach the industry’s most influential decision makers.
FOLLOW US
© 2018 Asian Hotel & Catering Times
MORE STORIES
Features

The business of space