Home Design Making light of it 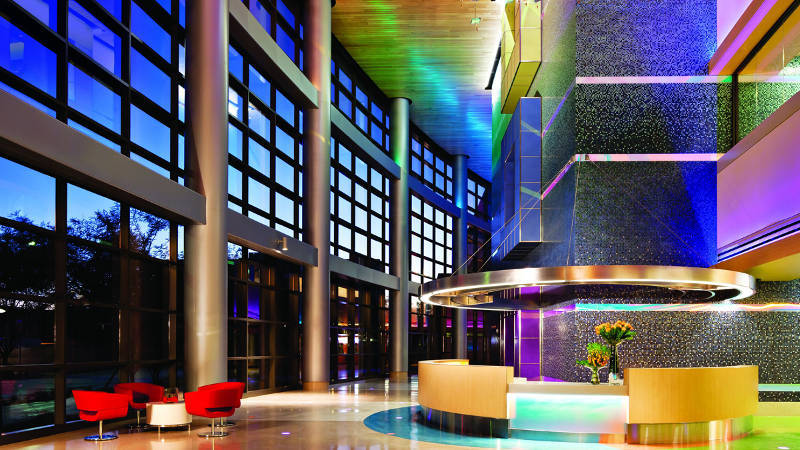 Good lighting can dignify indifferent design and used creatively can transform hospitality spaces. Zara Horner looks at developments in the industry and speaks to designers and manufacturers

The past few years has seen lighting technology move fast. Standard light bulbs have been replaced by halogen, which in turn is gradually being superseded by LED thanks to its longevity, energy saving and low maintenance properties.

For hotel groups this has been a major boon. Hospitality’s one LED gripe has been its lack of subtlety – in the early days it was either on or off. With options such as dim-to-warm LEDs and tunable white LEDs, however, LED is beginning to offer the colours and control of conventional lighting, enabling, for example, stronger white light to be programmed in the morning and warmer, softer effects in the evening.

In the hospitality segment, Philips Lighting HK offers both conventional and LED lamps, control gear and lighting control systems, “to create sustainable and engaging branded environments for lodging and dining that drive guest engagement, comfort and personalised experiences through lighting” according to Anthony Ng, the company’s system sales manager.

As well as LED, Philips sees the two main trends in lighting as ‘human centric lighting’ – lighting designed for health, wellbeing and mood enhancement, such as technology which offers optimum colour temperature, brightness and even intensity.

The other is integrated lighting – a large, luminous surface product such as Philips’ OneSpace ceiling, a “made-to-measure panel that liberates designers and architects from the constraints of conventional ceiling design so they are free to pursue uncluttered minimalistic visions and transform any interior into one cohesive space with homogeneous light,” says Ng.

Nathan Wong has been an in-house senior lighting consultant and designer with Wynn Design & Development for more than 10 years. He has seen hospitality industry lighting systems develop considerably, but has something of a love-hate relationship with LED technology.

“LED can be a big headache for designers. It’s difficult to keep their colours consistent. At Wynn we use a big name manufacturer but you can still see differences in consistency, it’s impossible to avoid. Also with dimming performance – LED dimmer and driver manufacturers claim their lights can dim down to 10 per cent or under but it’s not true. So it’s difficult to dim LED lighting effectively.”

Because of this he suggests many design consultants still want to use halogen as it offers “a better dimming performance, its colour consistency is superior, becoming candle-like as it dims down, and looks more natural.”

But as LED is cheaper – or is marketed that way – most owners and hotel management prefer it.

Wong observes that for Asia, bright and bold illumination is definitely a trend, especially for the Chinese market. In Japan more subtle lighting is preferred, while Hong Kong is a combination.

“Several years ago the trend was for property facades to have multi-colour ‘Vegas’ style, constantly changing lighting. It’s now more subtle often with just white to highlight architectural features. Even in China we are seeing this trend.”

However, he concedes the one factor that has made ambitious, large-scale lighting possible has been the continuing development of LED technology, which also offers energy savings.

LED’s low cost, energy efficiency and safety means it is the logical future of lighting, but we are still some distance from seeing it perfected. However, the new generation of LEDs offer better quality, a more organic feel and improved control.

You don’t need to go far in Asia to see examples of indiscriminate use of coloured lighting, but used with taste and care, different hues can be extremely effective. Improving technology means this is now more easily achieved.

For years lighting designers have been voicing concerns that their essential work is the last to be taken into consideration and simply slotted in when the construction is completed. With lighting proving a cost effective way of achieving brand differentiation, the situation may finally be changing.

Lighting which works with our body clock is becoming more popular, in both guest areas and heart of house, creating a stimulating environment which increases productivity and mood and can alleviate jetlag.

While for the industry it’s all LED, some designers looking to buck the trend are actually going to back to old-fashioned, hot, expensive but striking incandescent lighting in upscale bars and hotels.