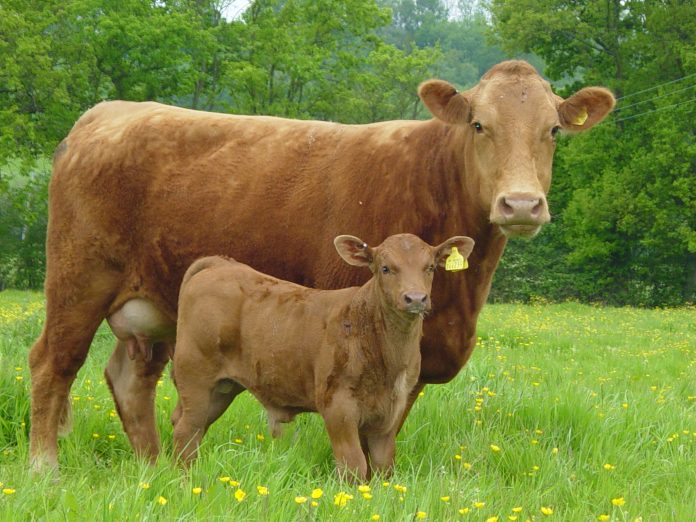 Asian cooking traditionally uses a lot of meat. Pork, beef, chicken, and lamb are all popular… what’s on the menu for distributors, and the region’s restaurants for 2017? Zara Horner finds out

The secret to perfectly prepared meat dishes is simple, according to Jean Pierre Garnier: “Getting the right raw material is essential.

“Although lamb, pork, chicken and duck are reasonably consistent, this is not the case for beef which varies in quality and price.”

The head of exports (beef, lamb and pork) at the UK’s Agriculture & Horticulture Development Board (AHDB) also points out: “the cook bears a great responsibility and can ruin good meat. Pork and chicken can dry up and toughen during cooking and even the best beef, can be absolutely wrecked by unconsidered cooking. However, it is hard to get lamb wrong.”

While Andrew Simpson, international business manager, southern Asia at Meat & Livestock Australia says it all starts with the handling of the meat. “True Aussie beef is produced under stringent controls so it is safe, Halal and clean. First tip is meat should not be washed before cooking, and don’t overcook it. Aussie beef is naturally tender and juicy, cooking it for a long time will dry out the meat and lessen the eating quality.”

Joel Haggard, senior vice presidentAsia Pacific at theUS Meat Export Federation, believes the quality of the meat is essential; “that said, preparation is hugely important. Higher quality product – more naturally tender meat – will be more forgiving, but good raw material plus chef knowledge of the different meat muscle groups, and the best way to cook them, makes the ideal recipe.”

Once again suppliers and distributors are in agreement that sourcing good quality meat is essential for a good outcome on the plate.

“Criteria such as origin, quality and differentiation should be used,”says Garnier. “Buyers should be in regular touch with their suppliers regarding the yield, shelf-life and consistency of the meat. Trying to save money by cutting meat costs is a poor calculation.”

The US Department of Agriculture inspects every head of cattle and swine presented for slaughter and product is inspected again when it clears the importing country, Haggard points out.

“Buyers are now also looking for more information about meat sources, such as the sustainability of the production method and how the animal was raised and handled.”

Most regional cuisines use pork, lamb, beef and chicken, although the wider use of chicken is relatively recent and pork cannot be used for religious reasons in some cuisines, Garnier points out.

For him, Asia can be split between Muslim and non-Muslim countries when it comes to meat.

“In the latter, pork dominates consumption, particularly in Chinese and Vietnamese cooking, where it represents more than 60 per cent of meat intake. In Muslim countries, the main meat is poultry due to price. In Northern China, Western China and Mongolia, beef and lamb dominate, with horse meat a staple in Central Asia and Mongolia. And goat meat in India”

Cultural diversity is a significant contributing factor to meat consumption, Darwell agrees, “as is history and tradition across the Asia region. Mulwarra works closely with our customers to ensure we have the right products to supply a range of cuisines, be it loin cuts for the steak house, lamb for the Indian restaurant, short ribs for Korean cuisine or oyster blades for a variety of options. Every part of the carcase has its place, it is up to the chefs imagination.”

There is also the difference between grain-fed and grass-fed beef, for Haggard. “Most US beef is raised first on grass and pasture, and then fattened on a high protein grain diet to give the meat juiciness, tenderness and a sweet umami flavour. China and the Greater China region favour pork and chicken, but beef consumption is rising in many Asian countries, albeit from a lower base from a per capita consumption perspective.”

“We think there will be more steak consumption in China in the future. Korean BBQ is popular everywhere. We believe there is room for growth in Korean-type table-top grilling in China.”

Indonesia is famous for beef rendang – voted the number one dish by CNN Travel, Simpson notes, “for this type of cooking the most suitable cut is shank to give a juicy and unique texture.”

Ever out of style?

According to the suppliers, meat suffers from misinformation.

“Meat provides the highest quality proteins, easily absorbed iron, zinc and selenium, vitamins D, E and B group, essential fatty acids and specific peptides,” Garnier points out, continuing: “meat contributes to satiety and mood. There are no known allergies related to the consumption of meat. The main deficiency in the developed world is iron which is not supplied by spinach as a famous cartoon would make us to believe, but by meat and offal.”

Contrary to the suggestion that the push towards healthy eating may adversely effect meat consumption, Simpson believes “red meat is actually important for a healthy diet and active lifestyle. Beef and lamb are best to create energy and avoid anaemia. We recommend people consume 100 grams of true Aussie beef three to four times a week, if possible.”

“Meat has been consumed by humans for tens of thousands of years and I think there will always be demand for it,” Haggard says. “Demand for different types of meat may shift, along with preferred flavour profiles but core demand should remain strong.

“Meat consumption has tapered off in many western countries because per capita intake is already high, but we are seeing greater experimentation in US consumers as social media creates a platform for the sharing of culinary experiences and stories.

“New dietary guidelines in the US have seen a resurgence in some meat consumption, but consumers are becoming more aware of dietary choices and the need for an active lifestyle, while minimising over-indulgence in any one food category.”

And for Darwell, “meat will always be the centre piece of every great dish in all fine dining establishments. With more people becoming health conscious and a focus on healthy eating, this will ensure meat will never lose its appeal.”

HAGGARD: Beef consumption will continue to grow in China, while all the globe’s pork exporters will be watching what happens with China’s pork industry. China’s pork imports were record large last year, but as the Chinese swine herd rebuilds, trade may fall. We see stable beef and pork demand growth in other main Asian markets, including Korea and Taiwan, and likely Japan as well. Indonesia is interesting to watch as it relaxes its import rules for beef. The Philippines relies on affordable imported protein for its population, and we see general stability in that market. Global supplies of beef and pork should grow in 2017, so the meat import bill in Asia should not be onerous. That said, macro-economic factors, such as exchange rates, can always influence the marketplace.

SIMPSON: We are confident that Aussie beef and lamb have their own market.

GARNIER: Strong Chinese meat imports are the main factor influencing prices at the moment in Asia, giving a strong floor to pork prices. There isn’t a lot of beef and lamb available with Australian beef and New Zealand lamb production down meaning a continuation of the period of firm prices. With the world awash with poultry, chicken prices will remain very low in 2017. There should be more cheap Brazilian meat available in Asia in 2017, whilst US meat exports are also expected to rise again due to the current low prices of US pork and beef. Rising Asian demand will mean greater imports from Europe and the Americas.

DARWELL: Whilst the international market continues to be challenging we have a very positive outlook for 2017.

Five Michelin star chef Eric Frechon, who heads up The Oetker Collection’s Le Bristol, Paris restaurants believes the most important thing is “to choose the best meat for the dish you are creating.” While most people love beef, chef loves to work with pork. “One of the dishes I offer at (three-star) Epicure and which is popular is called ‘pork from head to toes’. With pork every part is the best part.” Ultimately how the meat is cooked determines what type of meat to use, chef says, “then you must take into account how mature the meat is, which part it is. For example, if I plan a simple prime rib of beef, I want it to be as tasty as possible, slightly stale but not too much, with enough fat so it can be tender and juicy. The cooking part is not so simple: the meat needs to have a slight crust, the cooking need to be quick but not too quick – there needs to be a balance.” Different cuisines definitely lend themselves to different meats, chef says. “Bistrot cuisine uses grilled meats. Gastronomic cuisine uses all types of meat but only the best pieces. With a push towards healthy eating we will certainly eat less meat, but we will eat better quality.”

Liz Seaton is the founder of catering company Gingers and the author of three cookbooks. One of the key things to a perfect meat dish is “to rest the meat after cooking to relax the meat, making it more tender and helping to hold some of the juices.” When choosing meat: “in general the most important thing is the colour, it should be pink/rose/red. For some meats it should have a marbled fat content but in other meats like veal it should have very little fat.” Seaton doesn’t think there’s a particular ‘meat per cuisine’, and that different meats being more popular in parts of Asia “is a cost thing… people are very innovative these days, for example, we created a Thai beef, basil and mint salad on a little fork something that’s not usually widely paired in the Thai cuisine.” Seaton thinks “people are more conscious about what they put in their bodies these days. There are a lot of opinions on people eating less meat, even following a totally plant based diet, but I think there are still definitely carnivore lovers out there.”