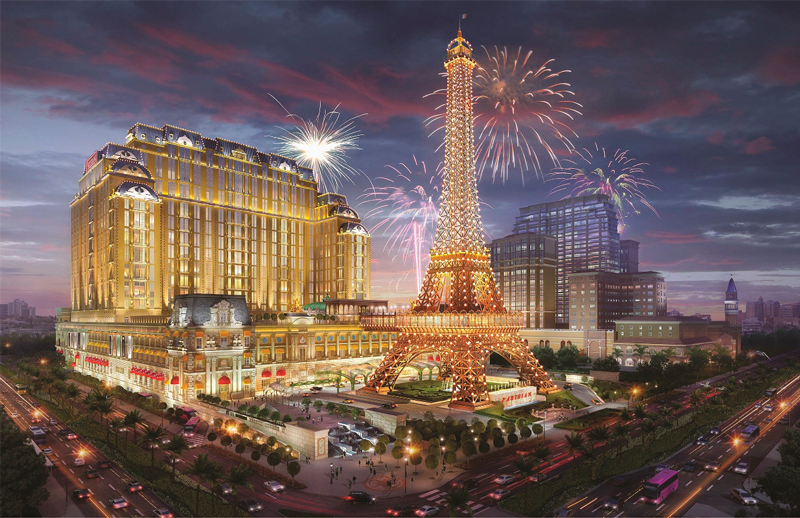 A former government building set to re-open as five-star hotel in Hong Kong is bucking a trend while the controversial bridge linking Hong Kong with Macau and Zhuhai is expanding the reach of the market. Michael Taylor takes a look.

The Murray, Hong Kong, will make its debut late this year or early next year. It will be the first opening of a major five-star hotel in Hong Kong since The Ritz-Carlton, Hong Kong, opened in March 2011.

Housed in a completely renovated heritage structure, The Murray will be the flagship property of Niccolo Hotels.

“A former government building, the Murray Building had been fenced off from the surrounding areas for many years for security reasons,” says Duncan Palmer, managing director of The Murray, Hong Kong.

“It was also designed at a time when the city was planned around the car and consequently stands on an island site, surrounded by roads making it impermeable for pedestrians. One of the central challenges of the project was to reconnect the building with the city at ground level, creating a new street frontage on Garden Road with open routes at ground level.”

While a number of smaller boutique properties have opened on Hong Kong Island in recent years, The Murray represents something clearly unique.

“The Murray is incredibly privileged to have a such wonderful location in a stand-alone building positioned between the Central business district and the green oasis of Hong Kong Park,” Palmer says. “In transforming the building into an international luxury hotel and a unique destination for Hong Kong, we enlisted international award-winning studio Foster + Partners to restore the building and its interiors.”

The Murray definitely seems to be bucking a trend. While the former government building was being repurposed into a hotel, a nearby five-star property – the Hotel LKF – closed its doors so that it could be used for other purposes – a commercial building, perhaps?

Rhombus Hotels, which has three other properties in Hong Kong and another in Chengdu, China, declined to comment on why it had decided to close the hotel or what was to become of the building. There have been rumours, however, that other hotels on Hong Kong Island might suffer the same fate.

Mandarin Oriental International got approval in 2015 to redevelop The Excelsior – an 854-room Causeway Bay landmark since 1973 – into a commercial building with a gross floor area of 683,508 square feet. Industry insiders estimate that the price per square foot could reach HK$40,000 to HK$50,000 per square foot.

Mandarin Oriental announced last June that it planned “to test market interest in the possible sale of the hotel, the Hong Kong Standard reports. “The international hotel chain and member of the Jardine Matheson Group is reviewing its long-term strategic options in light of recent strong commercial property valuations in Hong Kong,” the newspaper says.

Following a 12-month delay, a controversial bridge linking Hong Kong with Macau and Zhuhai is scheduled to open by the end of this year.

The HK$117 billion project is expected to slash travel times between Hong Kong and Macau, which returned to Chinese administration following more than 400 years of Portuguese rule in 1999. A number of large-scale hotels and resorts have been built since a four-decade gambling monopoly was ended in 2001. The question on everyone’s mind is, what impact will the bridge have on enclave’s hospitality industry?

“When it is completed, the 29-kilometre span will make it one of the world’s longest bridges, and it is expected to reduce travelling time between Hong Kong Airport, Zhuhai and Macao,” says Ruth Boston, senior vice president, marketing and brand management, Sands China Ltd, which has eight hotels with approximately 13,000 guest rooms.

“With this easy access, we envisage that it will attract an increased number of MICE delegates in particular. It will also make it more attractive for leisure travelers since we believe the travel time will be around 20 minutes from the Hong Kong Airport to Macau.”

The current travel time between Hong Kong and Macau by way of jetfoil is roughly one hour. Boats run at frequent intervals 24/7.

“The bridge will also provide travelers with the opportunity to visit Hong Kong and the southern part of China by road or by rail as well as visiting Macau,” Boston says. “The multi-destination possibilities will enhance the overall travellers’ experience in the region.”

Two new hotels have opened this year, and the Macau Roosevelt is the newest. It is located at Fisherman’s Wharf, near the Macau Maritime Terminal.

Marc Bichet is Chief Marketing Officer at GCP Hospitality, the company managing the hotel. He is upbeat about the impact the bridge will have on what he describes as “Asia’s entertainment capital”.

“I am confident that the launch of the new Hong Kong-Zhuhai-Macau Bridge will bring positive impact to Macau’s hotel industry,” Bichet says. “This new regional infrastructure which will enhance the convenience of the travellers, not only from Hong Kong and Zhuhai, but also from Pan-Pearl River Delta region. The increasing flows of people this will further enhance Macau’s position as the entertainment and hospitality hub of Asia. “