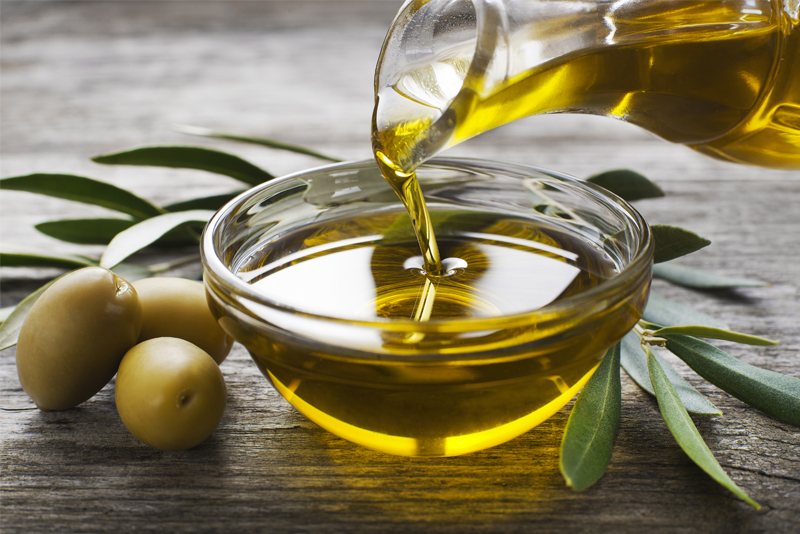 For the past two years, erratic weather and insect infestations have hit production from traditional sources like Spain, Italy and Greece with no improvement in sight. Meanwhile booming demand in non-traditional and emerging markets is draining international stockpiles.

The US alone imports over 300,000 tons of olive oil annually, more than half of it from Italy and Spain. The relative strength of the US dollar has so far protected US consumers from major price hikes. But in post-Brexit Britain the weakened pound is making high quality oil increasingly expensive.

“Olive oil is expensive and very much in the hands of nature,” says celebrity British chef Jamie Oliver, who has recently closed six of his Italian restaurants in the UK in the face of rising costs exacerbated by the post-Brexit drop in sterling exchange rates. “The really good stuff is worth every penny. You pretty much charge for the oil per tablespoon, like you would foie gras or caviar,” says Oliver.

Given the growing shortage and consequent soaring price of high quality olive oil in many parts of the world, Mediterranean cooking is likely to become a luxury treat rather than an inexpensive option, says Christopher Mark, Culinary Director for Hong Kong-based Black Sheep Restaurants.

“I just had to reluctantly change my olive oil supplier who I have been working with for seven years because prices have increased by 40 per cent,” says Mark. “Olive trees take a long time to grow and low water yields in the region are affecting the growth of new crops.

“Suppliers are raising prices and looking at alternative sources. Other oils are also becoming more popular but olive oil is integral to Mediterranean cooking. Most olives are processed in Italy or Spain but weren’t necessarily grown there (a lot are picked in Morocco or Tunisia) however they tend to keep the really good quality olive oil for themselves anyway, not for export.”

Prices will continue to rise for at least a couple of years, says Mark. However, this isn’t something unique to olive oil, he points out, as these kind of food trends tend to be cyclical. “It will be something else soon.”

It’s not all bad news, says Steven Horton, sales & marketing director, Enjoi Ltd, a supplier of EVOO to top-tier hotel and supermarket clients in China, Hong Kong and elsewhere. “Australia has a good crop this year. Olive groves in the Mediterranean are old, the soil is exhausted and they lack water. But new groves are starting and many of the wealthy are buying groves or starting new groves in Australia and Chile.

“EVOO is in short supply. The shortage has lifted prices 10-15 percent depending where the consumer is located and the quality they are after. But if we are talking about Asia, nothing has changed as Hong Kong & China are very price conscious and there are no laws or customs systems or responsible people checking on the purity or the health of an oil.

“So most of the unsold oils from the more sophisticated and tighter managed countries goes to Hong Kong and China. The supermarket buyers hide behind smoke screens when they talk about the standards they set for the oil they are buying. They are bigger crooks than the sellers because the Hong Kong buyers only want to buy cheaply, 90 percent of the buyers in Hong Kong & China do not taste or use the oil and 90 percent have never had a real lesson or understood the lessons they have had. Hence they have no standards or care or possess any responsibility.”

Consumer publications are helping to educate the market, says Horton, but he sees social media as playing an increasingly crucial role if they will accept and push educational information. Internet selling platforms could also be vital if they adopt stringent standards, he says.

Consumer awareness of healthy oils is on the rise worldwide, and olive oil in particular has seen a huge surge in interest in recent years. According to Bloomberg News Service, demand from non-traditional markets is exacerbating the shortage of olive oil. For the moment the relatively strong US dollar is largely insulating the North American market from price rises and encouraging growth at the high end. American consumption of olive oil has increased by 250 percent since 1990: the country currently imports over 300,000 tons of olive oil a year, over half of it from Italy and Spain.

Middle class Chinese consumers are increasingly health conscious and wary of adulterated foods including oils. Albeit starting from a small base, last year’s Chinese imports of imported olive oil almost doubled over the previous year, according to the International Olive Council Market Newsletter of January this year. Other markets that saw major increases during the same period were Australia (up by 65 percent); and Canada (up by 42 percent).

With a capacity of 60,000 bottles per hour, 87 million litres of product per year, Olitalia is a major international market player, distributing Italian food products (notably EVOO) to 120 countries across five continents. Founded by the Cremonini family over 50 years ago, the company’s regional manager Filippo Gibertoni, says Olitalia has recently invested heavily in technology and plant in order to provide high levels of quality and safety, while helping to stabilise supply. To add value to the company’s range of products, Olitalia has produced a range of award-winning Monocultivar EVOs alongside regional oils which preserve the traditions and unique flavours of different olive oil terroirs.

Olitalia maintains strict control of every stage of production from selection of raw materials to quality certification. “Storage is a critical component of the supply chain,” says Gibertoni. “Olitalia’s new generation plant is one of the few in Italy to have installed a temperature controlled storage system that preserves EVOO’s organoleptic and nutritional properties by reducing the negative effects of temperature, light and oxygen on oil quality.”

In addition to production and storage know-how and facilities, Olitalia’s long track record as an export-oriented company provides considerable expertise in shipping around the world, including in-depth understanding of the laws relating to products and labelling in diverse markets, Gibertoni points out.