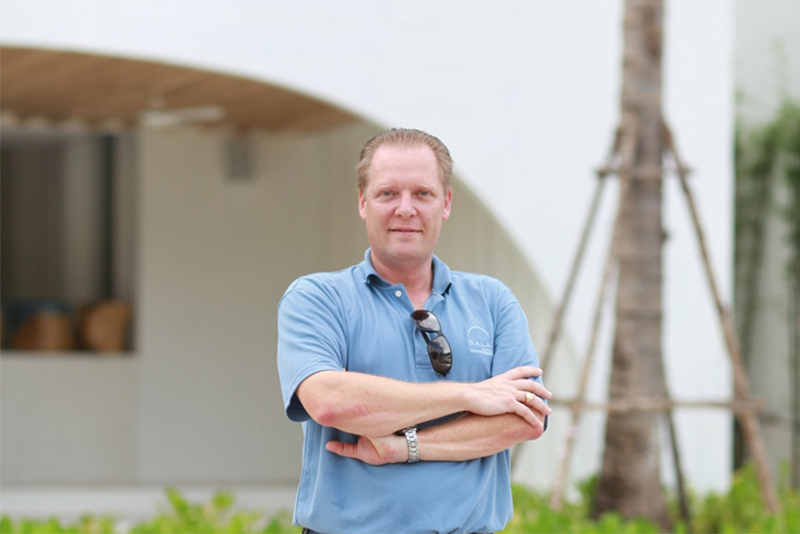 SALA Hospitality has appointed Erwin van der Veen to lead SALA Samui Chaweng Beach Resort as its general manager; he was also part of the pre-opening team since November 2017.

Erwin joined SALA Samui Chaweng Beach Resort from The Avani Sepang Goldcoast Resort in Malaysia where he was general manager. During his three-year tenure, he led the five-star resort to win several accolades, including ‘Best Beach Resort Destination in Asia’ and ‘Best Honeymoon Destination in South East Asia’ at the Asian Lifestyle Tourism Awards 2017. During the same event he was recognised with an ‘Outstanding General Manager’ award in the Corporate Individual category. Prior to his stint in Malaysia, Erwin spent over a decade with Hilton Worldwide in South Korea, Nigeria, Thailand, Japan, and U.A.E., rising through the ranks of the F&B department before being promoted to Director of Operations and then Hotel Manager. He also spent five years with the Hyatt Regency in Dubai as part of the food and beverage team.

“My previous experience has mostly been with large hotels so I am thrilled to have the chance to scale down and really focus on maximising private and personal experiences for guests at SALA Samui Chaweng Beach Resort. Over the past two months it has been great to see the building and the team come together, and we’re excited to introduce guests to our beachfront hotel in January 2018,” he said. Erwin will be working alongside Executive Assistant Manager F&B Nick Hall, who joins the team from its sister property, SALA Samui Choengmon Beach Resort. The duo aims to build up the culinary offerings at The Tent Beachfront Restaurant and Bar, which opens in phase one to offer private dining spaces, romantic gazebos, and a stunning Moon Pool located on the seafront. This will be followed by an open-air show kitchen experience in phase two.