Home Drink The trouble with Vodka 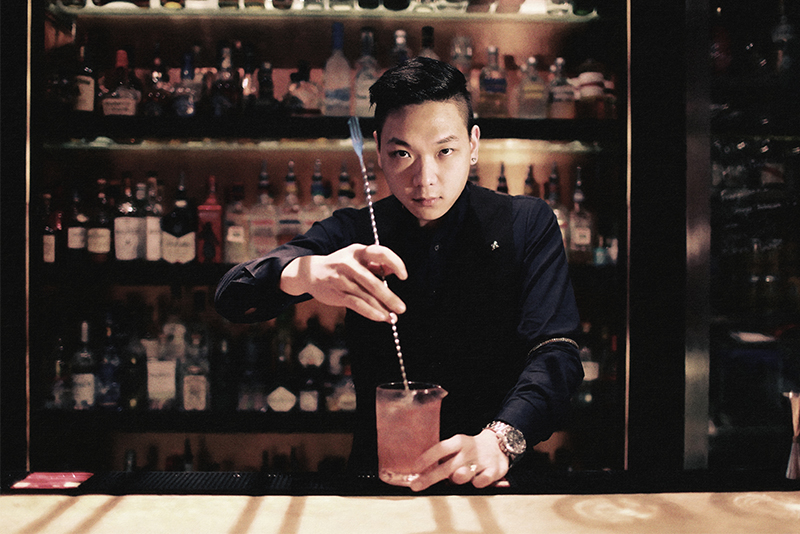 Challenging times ahead for this clear spirit as Robin Lynam discovers.

In Asia, for many bartenders and drinkers the perception of vodka is that there’s not much more to it than alcohol. It’s a means of giving a kick to a drink that is actually supposed to taste of something else.

Gin lists are becoming increasingly esoteric, but niche vodka products are relatively few and far between.

Sales on and off premise are dominated by major brands – particularly Diageo’s Smirnoff and Pernod Ricard’s Absolut, which were the number one and two biggest sellers worldwide in 2017.

Other prominent back-bar brands in the standard to premium price range include Stolichnaya and Stoli Elit, Diageo’s Ciroc and Ketel One, Brown Forman’s Finlandia, Bacardi’s Grey Goose, and LVMH’s Belvedere. But even they have struggled to make headway in recent years, with sales of vodka gradually declining. In 2016 global vodka sales fell 3.4% to 461.3m cases, although standard premium products grew by 2% to 133.6m cases. In Asia, however, the general view seems to be that the main thing vodka should be is cheap.

In Hong Kong, according to Edrington Brand Manager Tracy Cheung, who handles the company’s Snow Leopard brand, after four consecutive years of decline the vodka category is experiencing a slight upturn – but mostly to the benefit of budget brands.

“According to the latest International Wine and Spirts Record (IWSR) figures, the value segment is growing. Premiums, which were previously called ‘super premiums’ like Belvedere and Grey Goose stabilised, with slight growth of a few hundred cases. The largest chunk, standard vodka, continues to decline. Snow Leopard is selling on its unique conservation position, and is stable,” she says.

The Snow Leopard brand was established with a conservationist agenda, and part of its appeal is undoubtedly that people find the cause attractive.

From a figure under the danger threshold of 2,500, there are now estimated to be between 4000 and 10,000 Himalayan snow leopards in the wild – partly because of the work of the Snow Leopard Trust, which receives a proportion of the sale price of each bottle of the Edrington vodka.

“Snow Leopard vodka and Edrington have raised US$300,000 for snow leopard conservation to date, and amazing progress is being made to save a species,” says Cheung. “Obviously we have more to do, and off the endangered list does not mean safe.”

Keeping vodka itself off the endangered list is going to require the support of bartenders, whose attention seems to be mostly focused elsewhere – but there are exceptions at the most creative end of the business.

The Tastings Group’s Antonio Lai, a trailblazing bartender and co-founder and co-owner of some of Hong Kong’s most popular and innovative bars, including Quinary, OriGin, The Envoy and Vea Lounge, concedes that for many bartenders vodka’s purity and relatively neutral flavour profile are not sexy.

“However, for the same reason, vodkas actually give room for creativity as we can experiment with almost endless flavour combinations by re-processing them,” he says. “Vodkas can also enhance the finish in certain cocktails, as they often provide a smooth, creamy mouthfeel.”

Quinary is at number 15 on The Asia’s 50 Best Bars list, and one of its 2018 summer cocktails, the Tiger Lily involves sous-vide preparation of  dill, wasabi, and coffee beans with vodka; fat-washing vodka with  sesame oil with vodka; and infusing vodka with Sichuan green pepper.

“At the Envoy we infuse thyme with vodka, slow-cook coffee beans with vanilla vodka, redistill flavours of pandan leaves into vodka, and use pre flavoured pear vodka.  At VEA Lounge we infuse turmeric into vodka for the Summer 2018 cocktail Whooo’s Chai, and use a premium vodka for a cocktail called Cleopatra Formosa, which is also available spirit-free. Taste them both and you’ll appreciate the difference in taste and mouthfeel,” says Lai.

Mouthfeel is an important selling point for DI gluten -free Potato vodka, launched in 2016 by the independent British D.J. Limbrey Distilling Company. Most of the best known vodkas in the market are grain based, and potato spirits are texturally significantly different.

Founder Dominic Limbrey is optimistic about the prospects for his DI Vodka in Asia, notwithstanding sluggish market conditions.

“We’re securing key listings in some wonderful high-end accounts, which is placement that is important, and a fundamental building block for our future success.  However getting poured in cocktails is an immensely more challenging goal,” he says.

Limbrey believes that the distinctive points of premium vodkas without additional flavouring – choice of the raw material to distill, distilling methods, and degree of filtration – are still not widely understood in Asia.

“The marked differences in material and distilling techniques’ effect on removing impurities, sustaining flavour and delivering mouthfeel stand out in a martini, or neat serves on the rocks.  The differences are less striking when diluting with a mixer, or adding other flavours,” he notes.

“Hong Kong remains heavily influenced by commercial incentives from power brands supporting back bars and speed rails to retain volume.  Smaller independent brands need to compete by adding value and innovating to ensure onward development – and avoid the inevitable drop off following the honeymoon and excitement of being a new brand,” he says.

“unsweetened, high integrity flavour products that will play strongly with both our vodka and gin products,” to the Asian markets, starting with Hong Kong and China.

“A new brand to keep an eye on is Our Vodka, a brand from Sweden with local roots that features do-it-yourself kits to infuse flavours into vodka,” says Antonio Lai. “We find it a very interesting way to re-introduce vodka to the market.”