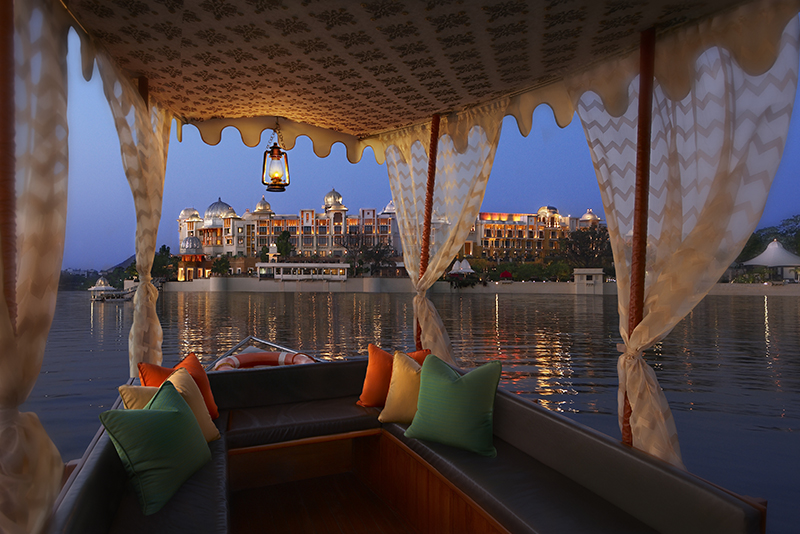 “Spiritual tourism is on the rise,” says Aloke Bajpai, CEO and Co-founder of ixigo, a leading Indian travel website. “Cities like Puri and Varanasi not only offer travellers a traditional experience, but also enable them to rejuvenate at Yoga retreats and Ayurveda Spas. Looking at the spike in hotel bookings via ixigo, it’s safe to say that spiritual travel is now being considered as one of the offbeat travel trends in India.”

While spiritual tourism attracts mostly domestic travellers, medical tourism is becoming increasingly popular with foreign nationals because of its affordability. The country’s medical tourism sector was valued at US$3 billion in 2015. By 2020, it is expected to more than double, growing to an estimated US$7 to 8 billion.

“Estimating the number of medical tourists is tricky, but according to a government survey, more than 300,000 U.S. residents may go abroad each year for health care. There are many reasons why Americans travel for treatment, but the main one is money.”

India was ranked as the world’s seventh most important travel and tourism market in 2017. According to the 2018 economic impact report by World Travel & Tourism Council, the increasingly popular travel destination will be able to leapfrog into third place within 10 years.

The Indian government is hoping for the country to account for one per cent of the world’s foreign tourist arrivals (FTAs) by 2020 and two per cent by 2025. There were 10,177 million FTAs in 2017. According to an Indian Tourism and Hospitality Analysis, the number of FTAs is expected to reach 30.5 million by 2028.

One of India’s traditional stumbling blocks has been its relatively backward transport infrastructure. If those ambitious figures are going to be reached, better airports and more flights will be important keys.

To this end, the government has introduced a scheme to connect more than 30 smaller and domestic airports across the country with airports having international flights.

“The government wants to connect 56 unserved airports – those with no scheduled airline service – and 31 unserved helipads across the country, another major move that will further strengthen and widen India’s appeal as an easily navigable and wide-ranging destination for tourists of all types,” says Jean-Michel Cassé, AccorHotels’ Chief Operating Officer (COO) – India and South Asia.

“With a capacity expansion of airline seats in the next few years and more international connections by LCCs [low cost carriers], getting to the one per cent share certainly looks achievable in the near term (four to five years),” Khullar says. “However, doubling that to two per cent will take a lot more effort and a concerted effort by both public and private enterprises.”

According to Cassé, travel and tourism are the third largest foreign exchange earners for India, and their importance has not been lost on the Indian government.

“The launch of several branding and marketing initiatives by the Government of India such as ‘Incredible India!’ and ‘Athiti Devo Bhava’ has provided a focused impetus for growth,” Cassé says.

“The Government of India has set a target of 20 million foreign tourist arrivals by 2020 and double the foreign exchange earnings, as well. In September this year, the Indian government launched the ‘Incredible India mobile app’ to assist travellers to India and showcase major travel experiences for travelling.”

India attracted more than 10 million international tourists last year, and they accounted for 6.8 per cent of GDP, up from 8.8 million the year before. Foreign exchange earnings from tourism, meanwhile, increased by 20.8 per cent to US$27.69 billion.

“In February this year, it was announced that there are further measures to help grow the hospitality sector,” Cassé says. “These include ambitious plans to develop 10 prominent tourist sites into ‘iconic tourism destinations’ by developing infrastructure, skills and technology and attracting private investment, along with branding and marketing initiatives.”

AccorHotels entered the Indian market more than a decade ago. The French-based hotel group currently has 49 properties scattered across the country, with more than 20 additional properties in the pipeline.

“We have been witnessing continuous growth both in terms of occupancy and RevPAR over the past few years,” Cassé says. “2018 has been successful so far with double-digit RevPAR’s for our portfolio. This is especially true for cities where we have seen limited supply in terms of inventory or new properties – namely Chennai, Kolkata, Delhi, Mumbai and especially Bangalore which has been phenomenal for us.”

India attracted more than 10 million international tourists last year, and they accounted for 6.8 per cent of GDP, up from 8.8 million the year before. Foreign exchange earnings from tourism, meanwhile, increased by 20.8 per cent to US$27.69 billion. Government of India has set a target of 20 million foreign tourist arrivals by 2020