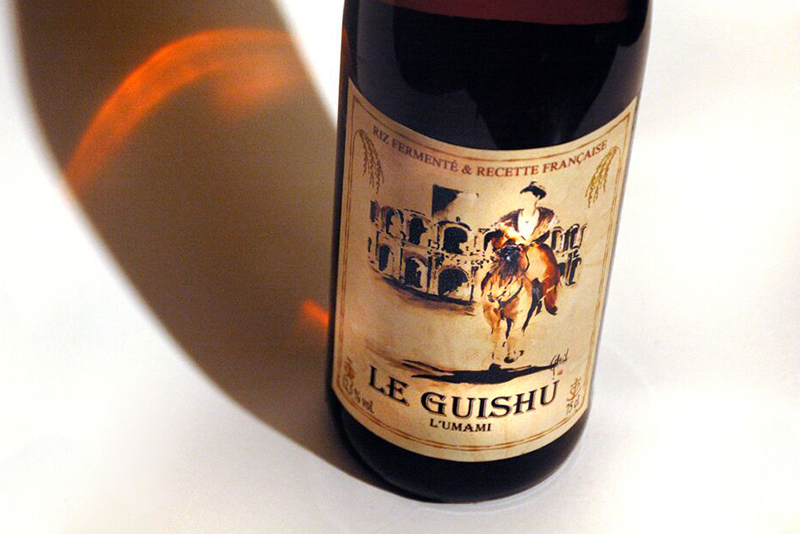 Rice wine from France – it’s not a phrase that trips off the tongue or an idea that seems to make immediate sense. Le Guishu is however gaining fans across Asia, especially among chefs and sommeliers looking for something new to offer their guests. Winemaker Olivier Sublett likes to call his new rice drink a Bordeaux-style French sake, as he is from Bordeaux and the drink has the structure of a Japanese sake but the flavours of a French grape wine. Yet the drink also owes its inspiration to China and the time Sublett spent there with his wife, who is from the mainland.

The first rice wines, possibly the world’s first alcoholic drinks, are said to have come from China, probably a village called Jia Hu on the Yellow River. Evidence seems to point to the village having musical instruments and literature too, no doubt fuelled by the wine.

Sublett’s inspiration came more directly and recently from being offered a glass of Yellow Wine by a local importer of his red wine in 2013 in Hangzhou. Having tried other rice wines from China, Sublett was so surprised by the quality of this one that he decided to try and emulate that quality if not the specific flavours of what he had tried.

The name has complicated origins too. Le Guishu actually comes from the old Provençal language and means “small tree”. It’s also a complicated Putonghua pun. “Le” means “happy”, while “Guishu” contains part of the name of Sublett’s partner Yuan Guizhu and part of the name of the Chinese olive tree, also a reference to Sublett’s first name. Despite Sublett’s Bordeaux background and his family connection with Chateau de Roques winery on the Right Bank, Sublett’s rice wine is more reminiscent of an Alsace-style Gewurztraminer.

Sublett is coy about the production process but says it owes something to beer brewing techniques and that Danish brewers were brought in as consultants. He does reveal that the initial process for creating his drink involved plenty of trial and error with some pretty horrendous results. Quite naturally he thought about fermenting the drink in oak barrels only to find that the interaction between the starch in the rice and the wood turned the
wine blue.

The end result of Sublett’s struggles is a range of three drinks that Sublett says are an excellent match for a wide variety of Asian cuisines and that can also be used as a cocktail or spritzer base.

Sublett was expecting chefs in Asia to come up with unusual pairings after their French counterparts made novel suggestions. After all, one Michelin starred French chef found these wines worked well with bitter chocolate, another with duck.

The first pairing he discovered in Asia left Sublett surprised and wondering why he hadn’t thought of the idea himself – the rice wine goes really well with a wide variety of rice dishes. A sommelier at one of Hong Kong’s most highly-regarded Chinese restaurants pointed out to Sublett that the restaurant serves several types of rice in several different ways but had never previously had a wine that could match the rice itself rather than whatever the grain was accompanying.

The wine comes in a range of three labels: L’Assemblage is dry and has proven popular as a pairing with Japanese classics such as sushi and sashimi. It is reminiscent of an elegant Alsace-style Gewurztraminer, with a few citrusy notes but a nose and palate evoking rose and lychee. It’s a great match with subtler Cantonese dishes and many types of seafood – older readers may remember that Alsace wines were 20 years ago the go-to pairing for sommeliers matching wine and high end Cantonese cuisine.

The semi-dry Unfiltered is more complex with pineapple and pear on the palette as well the same rose and lychee but also more citrus complexity with notes of pomelo. Sublett says, “This is the best match for Chinese cuisine because of the mix of flavours such as sweet and sour, sweet and salty, spicy or very salty. Conventional wines can’t cope.”

The food pairing is not so successful with the semi-sweet wine with the Japanese name Umami. “Forget anything sweet,” says Sublett. “It cannot stand up to the sweetness of sweet dishes.” 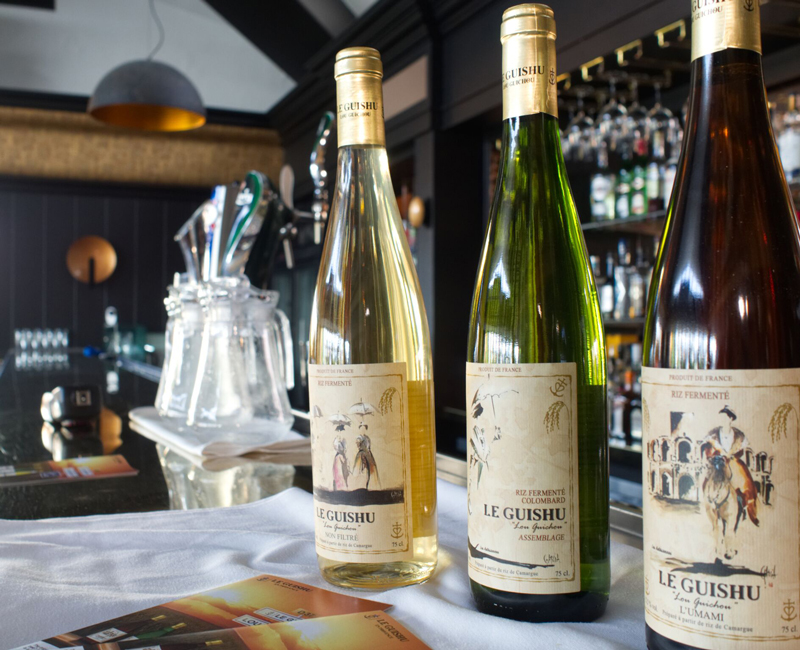 Sublett finds this an easy wine to drink on its own. “It’s a pleasure to drink again,” he says. It’s also a match for many cheeses, except blue cheese.

Another accidental discovery that Sublett made was that adding sparkling Perrier water makes a great spritzer. That discovery has lead to a strategic partnership with Perrier Hong Kong and Macau, launched at a big event in the Lisboa casino last June. The French sparkling water giant hopes to boost sales of its already well-known product by its use in spritzers or other cocktails with the newcomer. Le Guishu obviously has the aim of boosting product awareness.

Despite all the lucky accidents and trial-and-error that went into Le Guishu’s creation, Sublett says, “I knew I had a success on my hands when I finally created a good wine. And that first one is L’Umami, which took a Gold medal from Wine Luxe in Hong Kong.”