Home Food Second to None 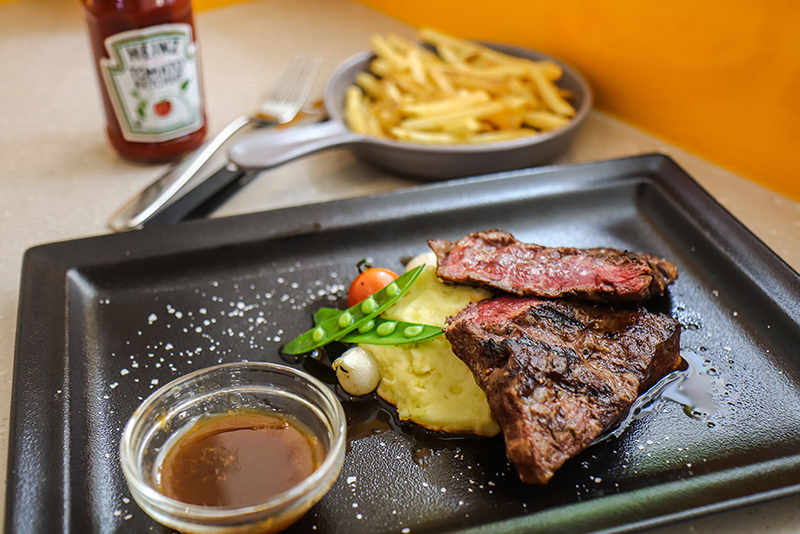 Chefs are looking beyond the prime cuts and leading diners down a different path. Jane Ram on the new trend that underline zero waste.

Forward-looking chefs and butchers have recently been trying to lead diners beyond prime fillet and lamb chops. It’s good business as well as environmentally sound. “Be inventive and utilize everything,” says Aaron Gillespie, chef at Hong Kong’s trend-setting tapas bar, 22 Ships. “Using secondary cuts is good, but using everything is better. It ensures nothing goes to waste. And it is also profitable.”

According to Bennet Lee, founder of Heritage Foods, Gillespie is one of very few shining stars. “Chefs generally know little about agriculture, let alone natural farming principles or animal husbandry. It’s not taught in culinary schools or in Michelin star kitchens. You can’t wait for chefs to take the initiative, especially when head to tail is still perceived purely as a culinary thing. You have to push it and suggest solutions.”

‘After many years as a chef, Joe Sloane founded his own Bangkok-based meat company Sloane’s, specializing in artisan products from sustainable sources. He sees his role as largely educational. “I do regular butchery demos and talks to chefs and hotels and a large part of what I speak about is the areas that they always buy and the impact that has. Very few chefs understand what they are buying nowadays so they are shocked when I explain that a 100 kg pig only has about 800g of tenderloin, so their 20kg order has meant killing 25 pigs and leaving about 2,000 kg of meat seeking a buyer. We have to push most chefs to use secondary cuts, but in fairness there are chefs out there who also guide us. Without the chefs who like to push boundaries it would be much harder for a business like mine.”

“Today’s typical chef expects to cherry pick cuts and have fixed menus. But that’s the problem with modern cuisine, which is no longer based on a practical or sustainable reality in farming,” laments Lee. “I promote whole animal cookery rather than head to tail. With the latter, chefs tend to cherry pick secondary cuts, for instance only putting beef cheeks on the menu for few months, which isn’t practical as there are only two per animal!”

For the most part understanding of sustainability and organic produce remains skin deep, says Lee. “ The chefs that do genuinely care will get it when you tell them it’s the difference between using two animals a month with zero wastage or 20 animals with lots of wastage. However, the challenge is getting everyone else in their team on board with the same thinking, developing new culinary recipes and techniques. The other issue is laziness or the lack of knowledge or skills of the other cuts and how to use them especially bones, skin, offal and fat. These parts comprise a significant percentage of any animal and need to be included in any head to tail or whole animal cookery discussion.

“Whole animal cookery is thinking about meat as an entire animal, not a single cut. You take a whole carcass butchered down into all the cuts and parts. The chef then develops a dynamic menu or food concept that moves through that whole animal. It’s actually not that difficult and there are many ways of doing it.”

In his native Adelaide people don’t like the idea of eating offal: everyone wants premium cuts and they have the money to pay for it, says Gillespie. “About six years ago I got a job in a pub that tried to specialise in offal. I approached a local family-run butchery and asked what they had a problem selling. Lots of good stuff was going to waste or turned into dog food – pig’s ears, tongue, heart and so on. There are good profit margins in using such cuts. The butcher is happy, guests are happy and paying $16 for tongue instead of $30 for steak, you get a lot of bang for your dollar!”

Gillespie has a main menu and blackboard specials that feature everything else. “I must have something different to offer. How many competitors are there within this street alone?” he asks. Gillespie is fortunate in having a supportive clientele in his neighbourhood, which is something of a French quartier. “Like the locals, the French understand what we are doing and they appreciate it.”

“We predominantly buy whole carcass animals, so selling or using the secondary cuts is vital for us,” says Sloane. “Some areas we use ourselves, but others we sell on to chefs who are looking for the parts that aren’t usually available.

“With our pigs, everyone wants belly and pork chops, so we need to sell the rest to ensure we can supply these popular cuts. Being a sausage producer we can use up the shoulders, belly trim etc easily, but we still need to be careful what we put in our sausages and the old saying of ‘eyeballs and all’ for cheap sausages is what we try and get away from. Nose to tail, doesn’t mean putting all the bits in a sausage!

“We make a huge range of inhouse items that use up various parts. I’m a big fan of cooking with blood and we make a range of blood sausages from the pigs blood. Liver goes into pates. The head is used either in some specialist sausages like Cotechino along with the skin or cured and rolled into a Porchetta di Testa (a rolled pigs head salumi) . Bones are all roasted and made into stocks that are then used as a sauce in our pulled pork. Hard fat is used in sausages, soft (flare) fat is rendered down to make lard.

“A few customers come to us to get items that aren’t usually available. We sell a lot of caul fat to chefs who have never found a supplier here. Restaurants like J’aime at U Sathorn buy a special type of fat and fresh blood from us for their traditional Boudin Noir. Chef Charlee at his Thai nose to tail restaurant, 100 Mahaseth, buys a range of secondary cuts and offal from us, from kidneys to intestines to pigs heads. There are always a few things we can’t sell or use ourselves, so we make our own dog food out of the bits we feel aren’t suitable for humans.”

The Quest For Extra Virgin 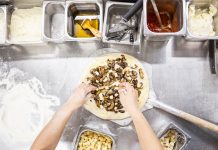 Ghost Kitchens on the Rise

Olive Oil as it should be