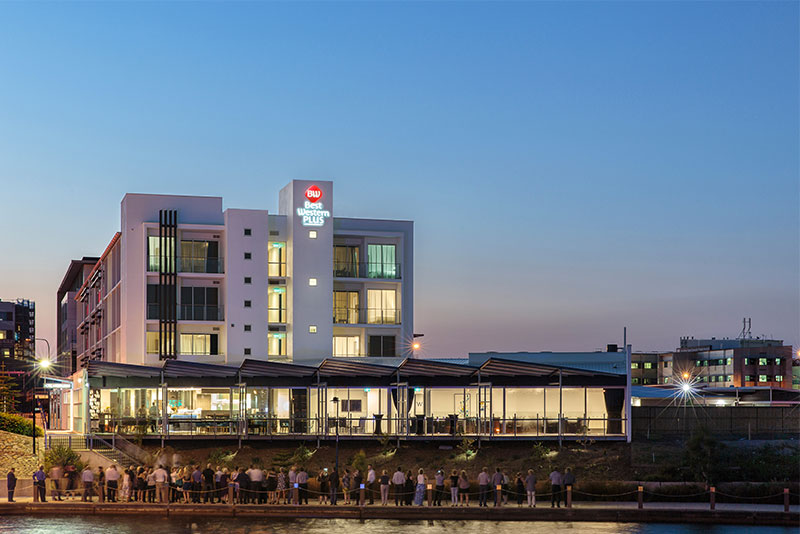 More than nine million travellers visited Australia in 2018, setting a new record. That represents an increase of 65 per cent over the last 10 years, Deloitte Australia reports.

Economic and political uncertainty in some of the country’s most important source markets, however, could lead to slower growth in foreign arrivals over the next few years. Fortunately, the slowdown in the growth of overseas visitation is being offset by growing domestic demand.

“Domestic trips are forecast to grow by 4.2 per cent, and visitor nights by 3.8 per cent, each year on average over the next three years,” Deloitte says.

“The domestic market is really important for our hotels, particularly as the dynamics of travel are changing in Australia from the emergence of low cost carriers in recent years through Virgin, Jetstar, etc., which has meant there’s been a dramatic increase in domestic travel as well as a strong growth in outbound travel,” says Graham Perry,

Managing Director, Australasia, Best Western Hotels & Resorts. “We work with our hotels to make sure that the domestic market contributes not only to filling weekend but also weekday occupancy.”

In terms of new properties, the group has a number of conversions and new builds in the pipeline, and it expect to announce at least a dozen new hotels within across Australasia over the coming year.

“These [new hotels will] supplement those that have recently joined the group including the latest Best Western Plus in Orange, New South Wales, a new build in Christchurch, New Zealand (Best Western Alpine Christchurch) and six SureStay and SureStay Collection properties within Western Australia and New South Wales,” Perry says. “Given we’re far from saturation, franchise provides a really strong opportunity for Best Western to mature and develop in the marketplace and to make sure that we can offer new opportunities for independents and small groups of hotels to join the Best Western product, benefit from our distribution and ensure that they get more than their fair share of business, including an increase RevPAR and ADR.”

Best Western is not the only multinational with big plans for Australasia. In June 2016, Marriott International announced plans to more than double its portfolio of hotels in Australia, New Zealand and Pacific from 24 to 50 by 2020. In Australia alone, the group already has a strong presence, and more hotels are on the way.

For example, a Ritz-Carlton is expected to open in Perth in October. The AC Hotel by Marriott Melbourne Southbank is scheduled to open next year.

“The signing of AC Melbourne Southbank is a testament to Marriott International’s continued success in Australia, where we currently operate 18 hotels and have 17 in the pipeline,” says Sean Hunt, Area Vice President, Australia, New Zealand and Pacific, Marriott International. “Across Australia, we’re seeing growing demand for lifestyle brands like AC Hotels by Marriott, so we are delighted that we’ve found the right location and the right partner to bring this brand to market.”

Hilton, meanwhile, is increasing its presence in New Zealand, where it is planning to double the size of its portfolio over the next few years. The third DoubleTree by Hilton opened in Wellington last summer, joining properties in Queenstown and Christchurch.

And another DoubleTree hotel opens this year in Napier, a coastal city on North Island. It will be managed by Sarin Investments under a franchise agreement with USAR Napier Limited.

“We are thrilled to open our second DoubleTree by Hilton hotel and to bring this international brand to Napier and the Hawkes Bay region,” says Raman Sarin, Chairman of Sarin Investments.

“Our experience from Christchurch says that in the immediate aftermath of a terrorist attack (i.e. in the first few days and weeks), demand for hotel accommodation actually increases in the immediate term as you have emergency services, police, media, etc., who are all taking up rooms that may otherwise have been empty,” Perry says.

“The major challenge during that period is to make the travelling public, whether corporate or leisure, to those destinations realise that it is business as usual, and that you’re open for business and to promote the idea “don’t hesitate” because of the terrorists. Make the potential guest realise they can do more by travelling to the destination and helping the accommodation and tourism industry than by hesitating and staying away.”

All hands on the design deck