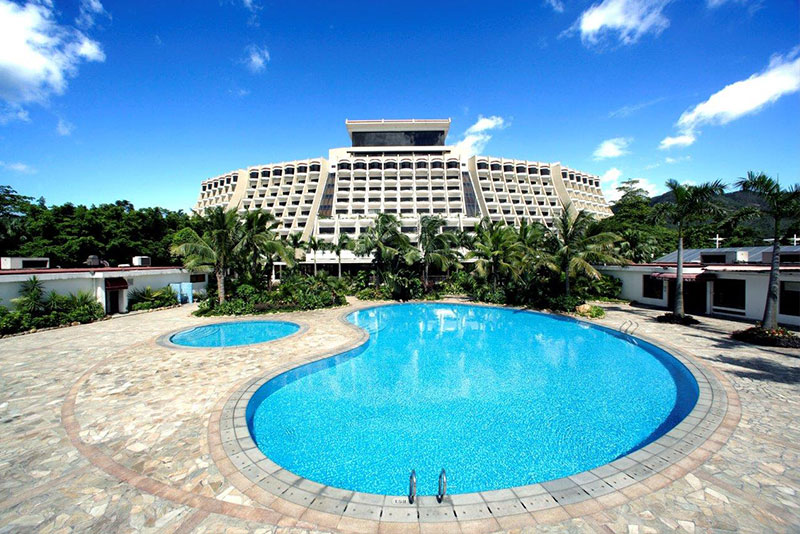 Jane Ram on the awakening of Sleeping Beauty on Shenzhen’s Western Coast: The Nanhai Hotel.

The Nanhai Hotel opened in March 1986 as an iconic showcase in China’s first economic laboratory, the Shenzhen Special Economic Zone, launched in 1980. In its early decades the Nanhai Hotel was recognised as Shenzhen’s first international standard hotel, a national leader in terms of luxury and style. The original design with its characteristic sea-front balconies was sketched by John Portman, the innovative American architect well known in China for his many luxury hotel designs. That was the extent of Portman’s involvement with the project, however, as he did no detailed design work on the Nanhai. 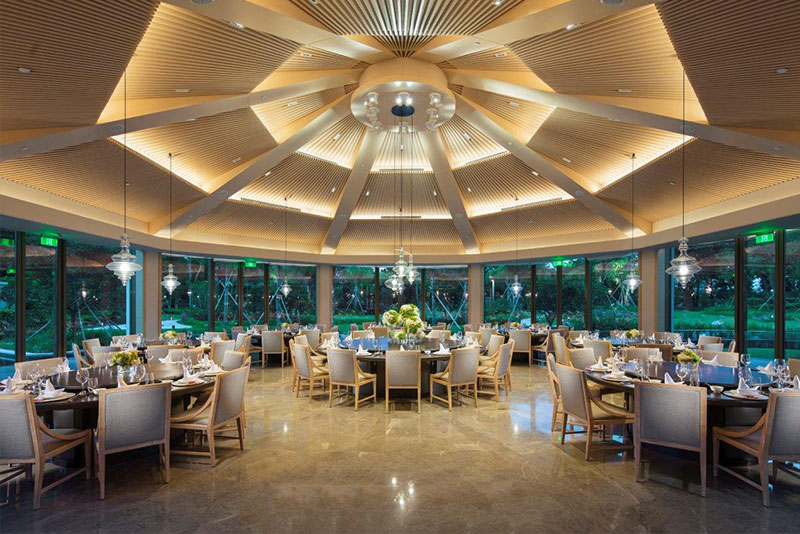 The hotel’s location at the Western edge of Shenzhen insulated it from the worst excesses of the frenetic bling-bling building boom that swept through the rest of the SEZ as the economic miracle picked up speed. By the year 2,000, the Nanhai had become a period piece, metaphorically if no longer literally, stuck in a mangrove swamp. “Five or six years ago, when we started on the new Hilton tower, we were already thinking about this property,” says Alen Chen, currently Hilton’s senior director of technical services for Greater China and Mongolia. He was Project Director for the new Hilton Shenzhen Shekou Nanhai and in due course he played the same role for renovation of what became the Hilton’s Nanhai Wing. This gave Chen a ringside seat for every stage from initial discussions with the property owners through design and construction with the project team, and through preopening to handover to the professional operation team.

“The Nanhai Hotel had strong sentimental value and no one wanted to change ït,” recalls Chen. “But by the time the new Hilton tower opened, the owning company had decided to modernise what would become the Nanhai Wing. The name (literally South Sea) was kept as a tribute to the original hotel, plus the owning company,” says Chen.

“The greatest challenge for us was how to use the history and heritage from the old Nanhai and carry that forward into the 21st century,” recalls John Burger, Hilton’s area general manager-Shenzhen. “The positioning of this iconic hotel had to be handled delicately as we would only have one chance to get it right. And we knew the public would always compare us to the former Nanhai. So there was a lot of discussion on how to position the hotel and complement the main building next door! The greatest satisfaction was the response once we opened: it has been far better than expected and we ramped up trading faster than expected.”

“We finally convinced the owners to keep the original feel of the low-rise building, while modernising it and making it look more lively, airy and resorty,” says Chen. Decor and design by Shenzhen-based CCD Co created a strong sense of place with touches ranging from displays of old and new local-style cake moulds on the restaurant walls to giant bamboo pillars, and subtle nautical motifs as reminders of the original shipping business of the owning company, China Merchants.

“Colours are light and materials are all in neutral, earthy tones, a deliberate contrast with the sophisticated, dark colours of the tower block. The design team did use some tiles but they look like stone while being durable and cost effective.”

“We kept the basic framework with the balconies and the central atrium,” says Chen, “but we had to reinforce the shell. Plumbing was the biggest challenge! We wanted to have a connecting basement link between the two buildings but by the time everyone made up their minds, it was too late – roads and utilities had been put in place.”

“The concept was to create a family-oriented resort, geared to the Hong Kong market (only an hour away by ferry). The original rooms were small, so most were reconfigured to make them sufficiently spacious to suit holidaying families. Leisure facilities included a sizeable children’s play area and pool as well as tennis courts, a spa and relaxing outdoor water features. Among the hotel’s indoor and outdoor swimming pools is one designed with water polo in mind.

Lavish landscaping and rolling lawns quickly established the grounds as a uniquely photogenic venue for weddings and other special events. Unlike the fairy-tale Sleeping Beauty who was brought back to life by a prince’s kiss, the Nanhai project required a considerable injection of cold, hard cash to awaken the building to its full beauty in the modern era. No one will name a figure, but Chen says it probably cost as much as building a new hotel from scratch.

Duck and Dom at Christmas