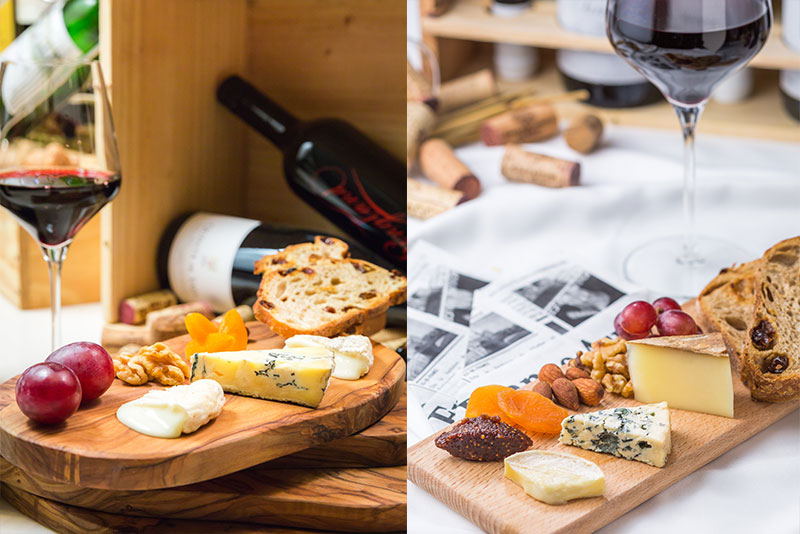 Guided by chefs and suppliers whose native countries have been refining cheese production for centuries, the dairy product is an important staple on Asian menus as a gourmet delicacy, discovers Rebecca Lo.

Cheese has historically experienced a bad rap in Asia. There are a few prevailing reasons preventing consumers from getting on (the cheese) board. First, more Asians are lactose intolerant than other ethnic groups—in some communities, the number is as high as 95 per cent, compared to less than 10 per cent in Northern Europe and 65 per cent of the global population. Second, the negative association of strong and ripe cheeses, such as gorgonzola and Stilton or those made from goat’s milk, has turned off many Asians who associate all cheeses with stinky ones. Third, the proliferation of processed cheese such as Kraft Singles has long sullied the product’s reputation. Those who believe that cheese comes prepackaged in individually wrapped slices are understandably wondering what all the fuss about fancy cheese is about. Yet look around any restaurant in Asia today, and it is clear that artisanal cheeses dominate menus in branded hotels and stand alone cafes. Championed by European chefs and suppliers who grew up with cheese as part of their daily lives, it is becoming increasingly popular on menus both as unique items to grace an after dinner cheese board, or as key ingredients in mains, sides and starters. It is even starting to appear on menus that are distinctively Asian, ratcheting up its appeal when dressed as a familiar dumpling.

Emmanuel Souliere grew up between Paris and Marseilles before training at Lycée Hôtelier Bonneveine. He worked his way to Macao after stints in Paris, Israel and Shanghai in establishments ranging from a humble roadside diner to Michelin starred restaurants. As executive chef at The Parisian Macao, he is passionate about introducing cheese into his outlets, though he understands the market’s reluctance when it comes to its stronger varieties. “Yes, strong cheese is still not yet Asians’ favourite, but with time they will go for it,” he believes. “It is like stinky tofu. The first time I tasted it, I didn’t understand why people love it. Mixing it with other foods makes the dish more interesting.”

With 400 employees under him, Souliere feels that cheese is an important aspect of his restaurants’ menus and gets his staff onboard through leading by example. “The Parisian Macao offers an international selection of food,” he states. “Cheese is an increasingly popular item in the diet of our customers. The wide variety of cheese dishes in Le Buffet accounts for approximately six per cent of its daily selections. These include hot and melted cheese items, such as our macaroni pasta with gruyere, raclette with condiments or our white pizza. Raclette is the signature cheese in Le Buffet, and all our guests enjoy this melted cheese with condiments.” As a wheel of raclette is traditionally partly melted and eased onto dishes loaded with new potatoes and gherkins, serving raclette becomes a theatrical experience at Le Buffet. Further, it introduces newcomers to the cheese in an entertaining way. 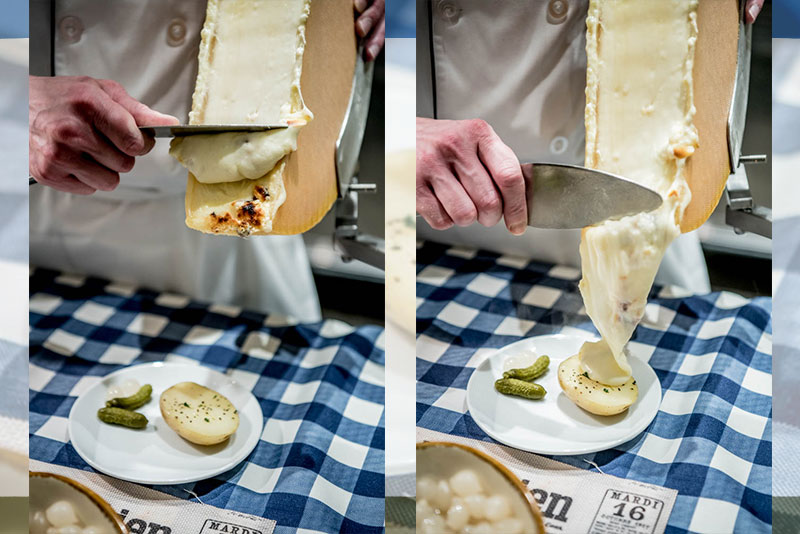 “The market is becoming more about specialty cheeses prepared and refined by experts from their country of origin,” explains Beatrice Lombard, country manager Hong Kong and Macau for Longino & Cardenal. Based in Milan, the three decade old distributor Longino & Cardenal has been supplying high end and fine food to markets in Hong Kong and Macau for five years. It also operates in Dubai and New York City, with more than 2,000 different brands under its belt including established Italian cheese maker Luigi Guffanti through its platform Flair Food. “A French restaurant tends to obtain a selection of cow, goat and sheep cheeses from France, whilst an Italian restaurant will do the same but with an Italian producer. Customers are always searching nowadays for uniqueness and great tastes. Their palate is more refined, and they are more open to trying new things.”

Lombard sees high demand for burrata and gorgonzola, two cheese trends that show no signs of abating. “Gorgonzola is the trademark cheese for Guffanti, as their entire story started back in 1876 with this famous blue,” she notes. “People are also becoming more aware of the differences in goat, sheep and buffalo milk cheese, simply due to the availability of these selections in Asia. There is a common misconception that Asians are not fans of milk products, particularly specialty cheeses such as goat or sheep or varieties with strong taste. In fact, most people would be surprised to learn that the so called strong cheeses are sometimes the most appreciated and sought after.”

Souliere has capitalised on the selection of cheeses now at his disposal, and have tweaked his menus to reflect more choices. “We offer goat cheese,” he notes. “We use vegan cheese for the vegan burger in some restaurants at The Parisian Macao. I have swapped the mozzarella with comte for the dim sum item Melted Mozzarella Cheese in Beef Ball with Dried Tangerine Peel at our fusion Chinese restaurant La Chine. I find comte gives more character to the dish, and it has been well accepted by our guests. We have added mimolette to the cheese selection at Le Buffet, and it has become very popular—the texture is crunchy, while the taste is mild and flavourful. Also, at Brasserie, we offer a cheese trolley with affine cheese, and we have noticed the increase of interest and demand in this product by our guests.” Souliere is well aware that cheese dishes and boards are well paired with wine, as they highlight each others’ nuances. Wine connoisseurs are often cheese experts as a result of this symbiosis.

Lombard feels that there is more room for introducing new cheeses to Asia as the market matures and the product shows up on more menu selections. “Italy has more than 5,000 different cheeses,” she states. “The F&B world needs to introduce this variety better in order to develop the market even further. The possibilities of combining cheeses today with new techniques and recipes are endless. All the cheese producers are elaborating with new combinations. I believe that in the future, specialty and refined artisanal cheeses will only increase in popularity.”