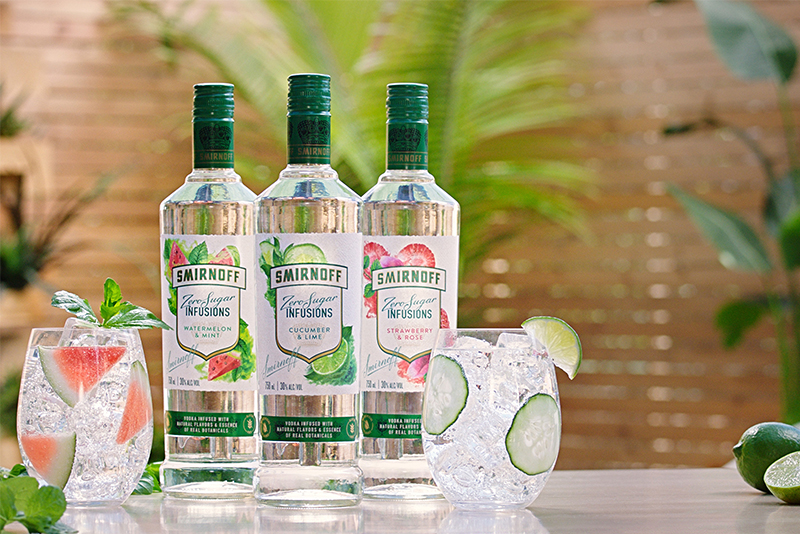 Vodka is reinventing itself focusing on purity, aspects of provenance, and artisanal production, writes Robin Lynam.

Vodka’s international popularity may have been dented by “the ginaissance” and by growing interest in other currently more fashionable white spirits, but the category is beginning to fight back.

In 2017, among the biggest selling of the major international brands, Smirnoff – which was also the fifth best selling spirit in the world and the only vodka in the top ten that year – managed to increase its volume of sales by 2 per cent to 26 million nine litre cases. Absolut, its nearest competitor, also reversed a downturn in sales, gaining 2.7 per cent to reach 11.3 million cases.

Premium products have been doing better than budget brands, but some big names are sliding. In 2017 Gruppo Campari’s Skyy, Diageo’s Ciroc, and Grey Goose all saw sales decline. There’s no question that if the vodka category is not to shrink further overall it needs work – and a more interesting image.

Widely perceived as “boring” by comparison with, say, sexier gin or mezcal, vodka’s credibility as a spirit category has also been damaged by the plethora of preposterous flavour iterations adopted during its boom years. Van Gogh’s Peanut Butter and Jelly and Alaska Distillery’s Smoked Salmon both spring to mind.

Now however the marketing emphasis has shifted away from increasingly desperate novelties towards more rational flavour variations, and other selling points such as degrees of purity, aspects of provenance, and artisanal production. Brand associated Corporate Social Responsibility programmes – often with a percentage of sales going to a particular cause – are also popular.

Among the big players Smirnoff has taken a position on the sugar free bandwagon with its new Zero Sugar Infusions, available in the relatively conservative summery flavours of Cucumber & Lime, Watermelon & Mint, and Strawberry & Rose.

“Now more than ever, consumers are demanding lower sugar options that are still delicious,” says Jay Sethi, Vice President, Smirnoff, Diageo North America, where the new infusions were launched in May [2019].

“With the launch of new Smirnoff Zero Sugar Infusions, we are proud to embrace the zero sugar trend in order to grow the category and give everyone over 21 an accessible way to enjoy a zero sugar spirit.”

Citrus flavours are another trend, and one with which Stolichnaya vodka – or Stoli as it now likes to be known – is in tune. Stoli Citros is a well established expression of the brand, now joined by Stolichnaya’s latest flavoured expression, Stoli Lime.

The first new citrus-flavored vodka to be introduced by Stolichnaya in more than ten years, Stoli Lime reflects the findings of market research that lime is by far the most popular fruit to pair with the spirit – orange, grapefruit and tomato all have their places but even a Bloody Mary often has lime juice in it. It is also the second most used ingredient in all cocktail recipes, just behind simple syrup.

Stolichnaya has also been listening to bartenders complaining about too assertively flavoured bottled lime juices on the one hand, and the brief shelf life of fresh limes on the other.

“With the citrus flavoured vodka category growing at 11% and outpacing total vodka by more than 4%, our goal was to create a refreshing, versatile product to complement some of the most popular cocktails for bars and at-home occasions,” says Mike Oringer, Stolichnaya’s Senior Vice President of Innovation and Trade Marketing.

Both Smirnoff and Stoli may well have been influenced by the success of Absolut Lime, launched by Pernod Ricard in 2017, which made a high profile debut at the 59th Grammy Awards.

As is true across the spirits spectrum, smaller players have an increasingly significant presence in global vodka markets. The boom in craft distilling has tended to focus primarily on whisk[e]y and gin, with vodka often regarded as less interesting to consumers attracted by artisan production values, but there are distillers who see its potential – some of them in unlikely places.

Most vodkas are made from grains (including wheat, rye, spelt and barley) with grape based Ciroc being a notable exception. Only a small number use the other well known traditional vodka base, the potato. The most prominent of these are from Poland, and include Chopin, Luksusowa, and Cracovia.

There is however another northern European country which has long recognised the merit of the potato as raw material for the distiller’s art. 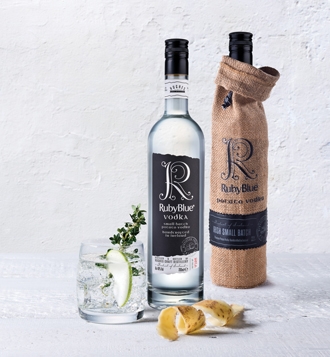 Both the Republic of Ireland and British Northern Ireland now boast flourishing craft distilling scenes, and Hughes Craft Distillery at Lisburn in County Antrim, is now selling its RubyBlue Potato Vodka to Russia. With vodka sales dropping steadily in the traditional “vodka belt” countries this is no small achievement.

Barbara Hughes, Commercial Director of Hughes Craft Distillery, which launched RubyBlue Vodka last year [2018], says “Selling Irish vodka to Russia is a marvellous boost for our small batch distillery and considered by some the equivalent of selling sand to the Arabs”. The contract follows an approach from Russian buyers at a trade show earlier this year, and the distillery is now looking to expand its customer base in Asia.

Cask finishing of vodkas, a technique borrowed from whisk[e]y maturing and also being adopted by distillers of gin, is another trend.

Ireland of course already has a tradition of distilling potato based spirits, albeit illegally, and calling them Poitin, a vodka like product that isn’t exactly a vodka, somewhat like Russian rye and wheat based Polugar, which is also enjoying a revival.

Poitin is now distilled legally (and rather more safely) by the Irish, and Ban Poitin, from the Echlinville distillery in County Down, occupies territory somewhere between vodka and whisk[e]y, being made from potatoes, sugar beet and malted barley.

Purity of spirit has become an increasingly important aspect of marketing vodka. Premium brands undergo multiple distillations to achieve this – Belvedere goes through four, for example – but re-distilling for limited edition batches of spirit can reach ridiculous numbers. Buffalo Trace’s Harlen Davis Wheatley (HDW) CLIX super premium vodka takes its name from the Roman numerals for 159, which is the number of distillations it undergoes.

Purity of intent as regards a wider world has also become a significant marketing lever. Absolut supports the LGBT charity Stonewall, and Edrington’s Snow Leopard supports the Snow Leopard Trust, for the preservation of that endangered species, with 15 per cent of its profits. Now Diageo’s Ketel One – known for being made by a distinctive combination of pot and column still distillations – is making eco-issues a part of its branding.

At the 2018 World Class bartending competition, annually run by Diageo, in this instance in Berlin, a bar made from reclaimed wood and recycled furniture with chairs made from repurposed plastic bottles served a Ketel One Bloody Mary made with locally sourced ingredients – critically home-grown, not flown – in an initiative to encourage bartenders and drinkers to think about the broader implications of the drinks they make or consume.

According to Alexandre Rodrigues, Global Brand Director of Ketel One, Diageo’s intention is to inspire bartenders around the world to re-think the recipes of their most popular drinks to have a more positive impact on their communities. Espresso Martinis, Bloody Marys, Vodka and Sodas and Dutch Mules have all been reimagined with reduction in waste, natural ingredients and locally sourced garnishes strongly emphasised.

“People are increasingly looking for premium refinement and quality that’s down to earth, simple and honest. This search for ‘better’ isn’t just with ingredients, but with experiences and a brand’s impact on society as a whole,” says Rodrigues.

“Cultural consciousness has been at the heart of Ketel One, that’s why we decided to help inspire bartenders and bars around the world about how they can offer an even better drinking experience.”

And, of course, sell more spirit. It may be that we can take vodka off the endangered species list.

The Outlook For Coffee