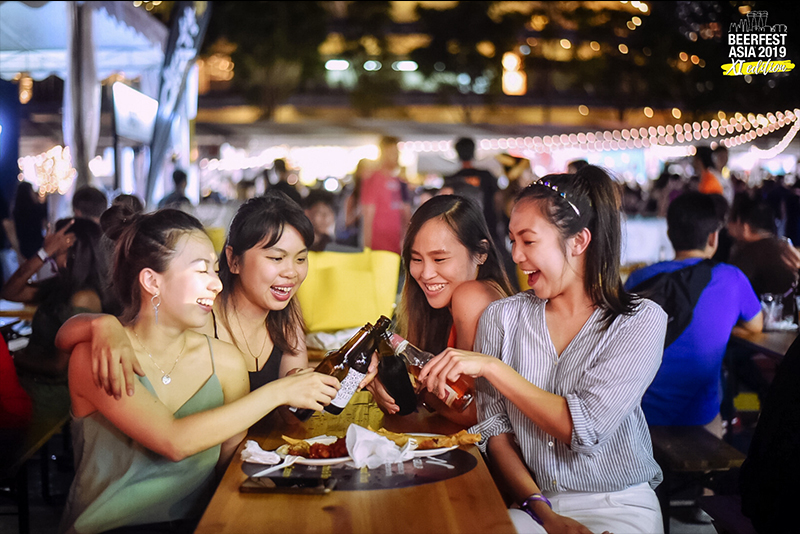 Innovation is the keyword in the world of beer. Robin Lynam on what beer drinkers in Asia want.

Beer drinkers in Asia today enjoy more choice in terms of styles and brands than ever before. While the market is still dominated by a small number of major players – notably Anheuser-Busch InBev, Asahi Breweries, Carlsberg, China Resources Snow Breweries, Heineken, Tsingtao, and Yanjing – the region’s lively craft beer sector is growing apace.

Both established and the up and coming players were out in force recently at the 11th edition of Beerfest Asia, held at Singapore’s Marina Promenade from 27 to 30 June [2019], attracting a record 37,800 visitors.

Claiming to be the largest beer event in Southeast Asia, the show featured 600 brews from 79 exhibitors, and offered a good overview of what Asian beer lovers are drinking, or will be drinking soon. 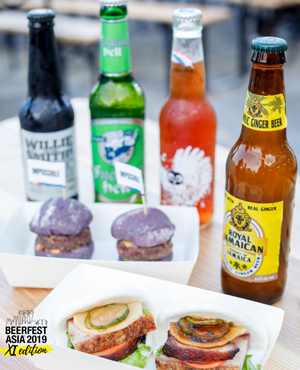 “This year’s Beerfest Asia was themed ‘launching into the beer future’ and featured new flavours like Mala Xiang Jiu, a Sichuan Peppercorn lager by Young Master Brewery, and chrysanthemum flavoured Liang Teh Lager by 1925 Brewing Co. Tiger Crystal launched their new/improved recipe and won a Bronze award in the Asia Beer Awards Lager category. There was also an increase in craft breweries, and small batch brews from commercial breweries too. A total of 10 Singapore craft breweries took part in this year’s festival – a big jump from last year – joined by overseas breweries like Tai Wai brewery, and Young Master Brewery from Hong Kong who were participating in Beerfest Asia for the first time.”

Participation in the Asia Beer Awards, the largest competition of its kind in Asia, reflected increasing creativity and a willingness to take risks on the part of brewers around the region.

The overall winner though was in a consistently popular traditional style. Hong Kong’s Young Master won the 2019 Best Beer In Asia Award with its flagship Classic Pale Ale, a recipe which the brewery has been making since its debut around six years ago.

“We received the same award for the last two years for our Hak Mo Sheung, Whiskey Barrel Aged Imperial Stout series,” founder Rohit Dugar says. “This year, we won a total of seven medals across all major competition categories – the most of any brewery entering. Close on the heels of the recently concluded Australian International Beer Awards in Melbourne, where we won six medals, we remain the most awarded and highest rated brewery in Asia by a wide margin.”

Young Master’s success has been boosted by acceptance in prestigious venues which previously relied mostly on the beer giants for the brews they served through their pumps. Its beers are to be found in many high-end bars and restaurants, including those of Hong Kong’s Mandarin Oriental and Four Seasons hotels, and in select private clubs. 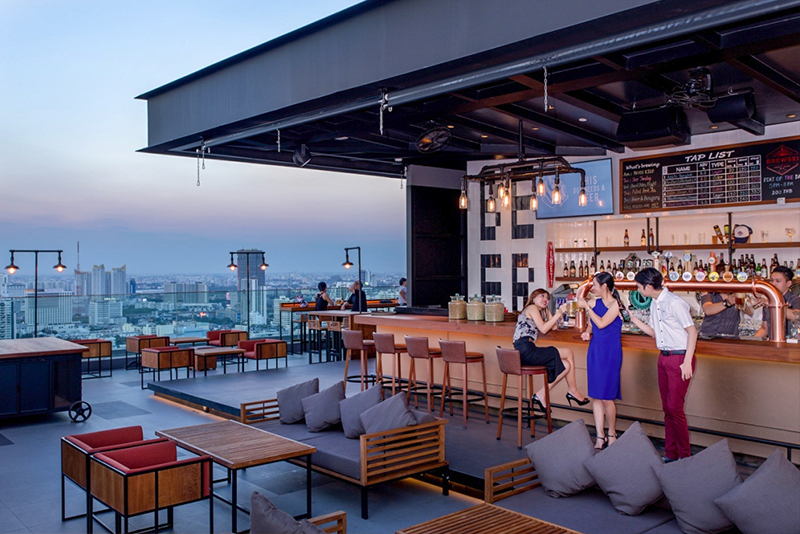 Having established its Hong Kong business, Young Master is now expanding regionally through what Dugar calls an “ecosystem” of taprooms which it either owns or is affiliated with. These are frequented by the growing community of “craft-curious” beer lovers in cities across Asia.

Notably, Dugar has established a presence in Shenzhen, a city with one of the youngest populations in China. The first Young Master taproom on the Chinese mainland is Goon Goon (灌館) a contemporary beerhall in the Upperhills development in Shenzhen’s fashionable Futian district.

“The decision to further expand across the region is driven by the near universal thirst for distinctive world class beers that are made by fiercely independent brewers like us,” he says.

“Overall we believe new craft beer consumers in Asia are very broad in their beer style preferences, unlike more seasoned beer drinkers, say from the west. This has partly to do with the fact that, for a lot of them, their interest in craft beer is not about ‘converting’ from drinking mass produced beer, but more laterally from other ‘craft’ food and drinks. They have no pre-conceived notions of what beer ‘should’ taste like, unlike more established beer drinking cultures where people do tend to have more narrow preferences.”

The growing interest internationally in low and no alcohol beers, he notes, has had some Asian impact, although it has yet to make major inroads into the market in Hong Kong. This may be because much of its international appeal is to drivers who need to limit their consumption of intoxicating drinks.

“The category is not particularly popular in Hong Kong yet, partly due to the fact that very few of our consumers drive,” says Dugar. “We do believe there is potential for well-made non- alcoholic beers and we plan to experiment with them. Recent innovations in fermentation techniques and the discovery of certain yeast strains has made it more feasible to make alcohol free beers that do not compromise on flavour, creating a new style category of its own. These beers are a completely different category from the bland non-alcoholic beers of the past,” he says.

Not surprisingly for an independent brewer Dugar has little enthusiasm for the zero alcohol products of the industry giants, but these are becoming more visible in Asian markets.

Heineken 0.0 was launched in Asia in 2018, making its debut in Singapore, followed by Thailand. However it quickly ran into trouble in Malaysia where it was obliged to issue a statement making it clear that the product was not intended for consumption by Muslims.

“All Heineken 0.0 products are only available at the non-halal zone of supermarkets and convenience stores, with clear signage indicating that the product is strictly for non-Muslims, aged 21 and above only,” said the statement.

“The purpose for introducing Heineken 0.0 in Malaysia is to provide a choice for non-Muslim consumers who enjoy the taste of beer, but not necessarily the effects of alcohol, particularly beer drinkers who seek to moderate their alcohol consumption as part of a balanced lifestyle.”

Choice is what the Asian beer market is now all about, and even the conservative megabrands are getting involved in the upstart craft scene.

In March this year [2019] Carlsberg acquired a minority stake in Chinese craft brewer Jing-A, which was established in 2012 in Beijing by Alex Acker and Kris Lee to make brews with a distinctively Chinese flavour profile.

According to the founders under the terms of the deal they retain control over the styles of beer they make, but with a greatly enhanced R & D and brewing capability.

“We’ll be able to take the quality of our beers to the next level – including popular seasonal and small-batch beers from our brewpub – and make them more widely available to beer lovers in Beijing and throughout China.It will be the same people doing it, driven by the same passion and creativity – now with more support for quality, innovation, and distribution,” said the founders in a joint statement.

Working on similar principles to Young Master, Jing-A showcases its beers at a brewpub in Beijing’s Chaoyang District, where more than 20 of them can be tasted. 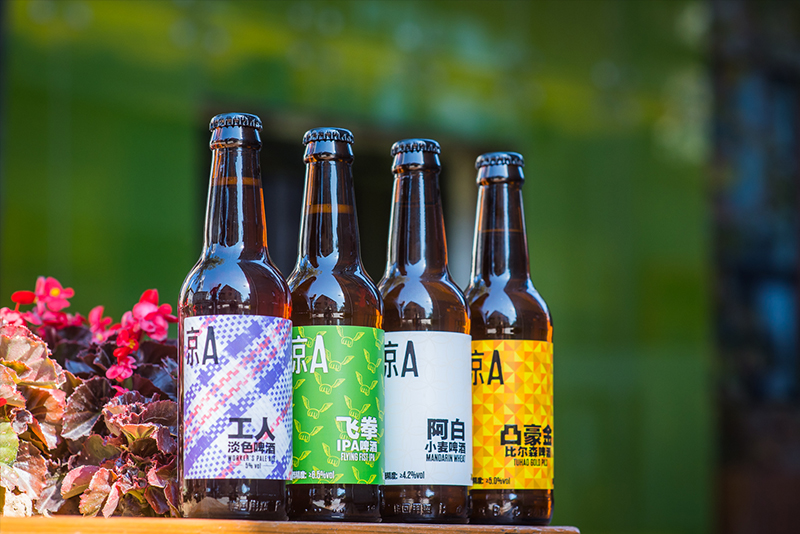 These range from its flagship Flying Fist to Mandarin Wheat – “A Belgian with Beijing style” – and Koji Red Ale, brewed with red Koji rice.

Expect to be able to taste many more unusual beers over the next few years, and to attend many more festivals celebrating the drink.

Ian Lim believes thirst around the region for new and interesting brews will continue to grow, and Beerfest is expanding abroad. It held its first overseas edition in Shandong, China in October 2018, followed by Beerfest Asia Chengdu from 23 to 31 August this year. A festival is also being organised in Dongxing and another is planned for Bali Indonesia next August. Beerfest Asia is also currently in talks with tourism boards in the Middle East to bring the festival there.

Brewing beer is still a big business in Asia, but no longer only for big businesses. For beer lovers around the region these are exciting times.