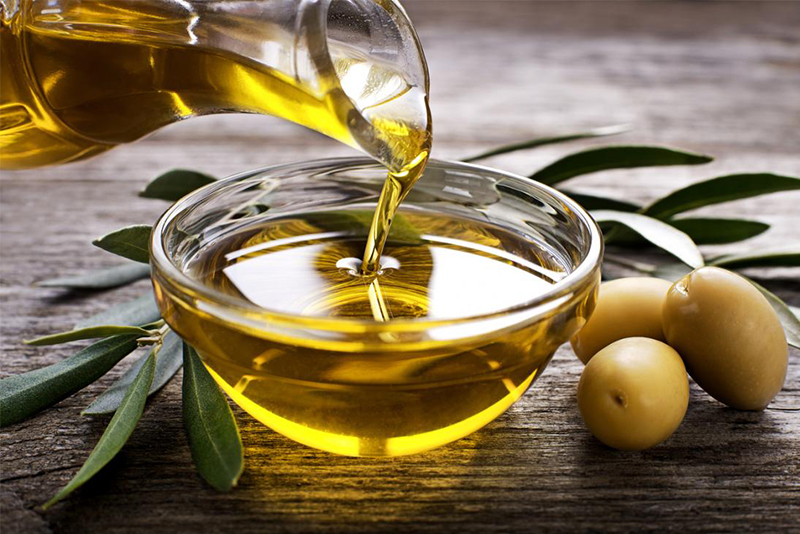 Mass production of low-grade olive oils is here to stay, but there is an encouraging trend towards smaller olive oil producers who take pride in their products and consumers looking at the label, writes Jane Ram.

Despite rising prices and poor harvests in recent years, olive oil holds its own – or does it? The most casual glance at trade shows and supermarket shelves reveals a bewildering array of colours from pale lemon to rich, greenish-gold. Even more bewildering is the plethora of initials and weasel words describing the oil’s origin. In recent years health-conscious consumers have learned of the benefits of olive oil. But not all olive oils are created equal.

“The oils that have the least amount of polyunsaturated fats and saturated fats are called the mono- unsaturated “fatty acids (MUFA) and they are the safest oils,” points out Steven Horton. “MUFA oils are the most resistant to oxidation and heat.”

An importer and distributor of olive oils, Horton is a crusader for accurate labelling that specifies the percentage of EVOO in a bottle. Extra Virgin Olive Oil (EVOO) contains the highest percentage of MUFA oils and the highest level of all-important antioxidants. However, at present, he says, despite paying top dollar, it is too easy for consumers to be sold inferior blended oils that may contain as little as 30% of EVOO.

The situation is so bad that Hong Kong’s most discerning chefs have long since given up trying to buy EVOO locally. Instead they find a reliable source in Europe and import direct. Chef Paolo Monti from Isola, one of Hong Kong’s best high-end Italian restaurants, says EVOO “has no rival!” He uses different EVOOs according to their region of origin, the climate and the production method.

“I recently visited two of the best regions in Italy and saw the small olives growing on the trees – I was told it will be a good year. I visited Gold Medal awardees Barbera and Sons in Sicily and Baracchi in Tuscany. Both produce very elegant oil, good for meats. I use Sicilian oil for Sicilian dishes, such as Carpaccio of tuna, but I use Tuscan oil on Chianina beef which is reared in Tuscany’s Chiana Valley,” says Monti.

Italy is no means the only source of EVOO. Chef Andreas Muller, Programme Director (International Cuisine) of Hong Kong’s International Culinary Institute, admits to a partiality for Greek olive oil. “In Greece last year I found a very good olive oil farm which produced a small amount of oil but of very high grade on the island of Santorini. I actually prefer Greek olive oil as it is darker in colour, has a stronger aroma and a slightly higher acidity content: you can taste the freshness.”

In his working life Muller nurtures future generations of Western chefs for the restaurants of Hong Kong and China. Wary of labels, he says, “Olive Oil today tends to be mixed and even if it is labeled as Italian, it is [usually] mixed with Greek Olive Oil as well. Most important, as with wines, is to know your supplier, understand storage and don’t over-purchase.

“Asian consumers generally have a better understanding of Olive Oil than 15 Years ago. Due to publicity about the health benefits and their travel and leisure changes, they are aware of the benefits of Olive Oil compared with alternatives like Asian Peanut Oil, Grape Seed Oil, Sesame Oil and Palm Oil.”

Mass production of low-grade olive oils is here to stay, but there is also an encouraging trend towards smaller olive oil producers who take pride in their products, says Tom Bennell, managing director of Olives and Oils, the Asian outpost of Belazu-com, a long-established British supplier of artisanal oils and other Mediterranean products. He waxes poetic as he describes three of his favourite EVOOs.

“Verdemanda uses Arbequina olives which are picked prior to the general harvest. This results in a much lower yield with an intense fresh colour and aroma. Once stone ground the unfiltered extra virgin olive oil is flash-frozen and thawed on demand, delivering the freshest flavour possible throughout the year. This vibrant, punchy oil has noticeable complex grassy herbal flavours, accompanied with an unusual lack of bitterness and a velvety character, followed by a slightly peppery finish.

“Taggiasca extra virgin olive oil is a single varietal EVOO made from Taggiasca olives. Elegantly nutty, yet fresh and light, and in good balance, it won a Great Taste Star from the Guild of Fine Foods. It is made at a family-owned oil mill in Liguria. Marco uses the famous farming region’s Taggiasca olives, hand-gathered during harvest time, to create an elegant oil characterised by its mild, fruity flavour and smooth finish. Taggiasca is a versatile EVOO that’s great for finishing, dipping and dressings.

“Early Harvest Arbequina EVOO has notes of grass, pepper, almond and banana, it’s divine to dip and drizzle. Mark Hix says it’s too good to cook with; Chris Wheeler from Stoke Park and TV’s The Great British Menu called it “the best olive oil in the world.”

Early Harvest Extra Virgin Olive Oil won a Guild of Fine Foods’ Great Taste star in 2012, and another in 2016. It’s made in Catalonia by our long-term olive oil partner from olives that grow on his family’s farm. He crushes them with huge granite stones, the old-fashioned way: with care, precision and joy.”