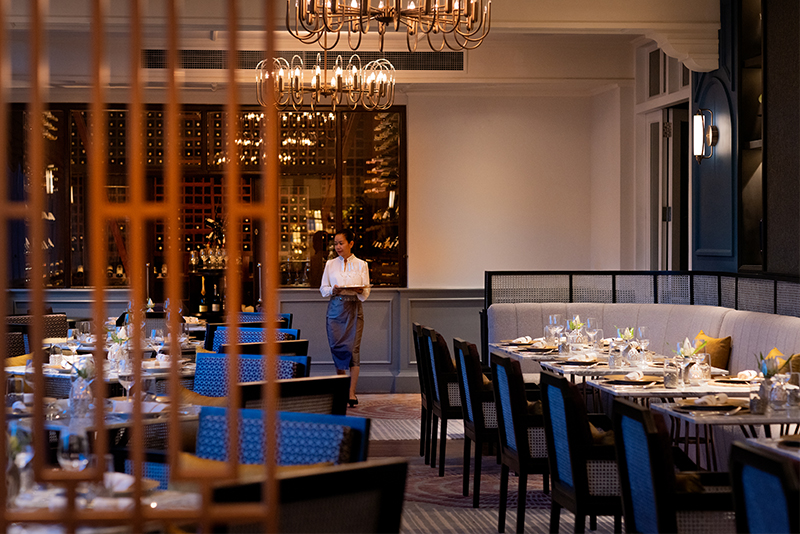 Cambodia’s most storied hotel wrote yet another chapter with the unveiling of a new fine-dining restaurant. Named after the Raffles Grand Hotel d’Angkor’s year of opening, ‘1932’ is the successor to the previous Restaurant Le Grand, which had stood since the hotel’s inception.

This new restaurant is one of only two establishments in the country that is permitted to serve Royal Khmer Cuisine, the other being its sister Raffles Hotel Le Royal in Phnom Penh. These recipes were passed on by royal decree to the hotels from the King’s own kitchen.

In charge here is executive chef Angela Brown, “Khmer cuisine is a combination of refined, simple, delicate flavours. The dishes are much subtler than, say, Thai recipes. Khmer flavours pop out, but don’t knock you over.” Chef Angela aims to craft traditional Khmer recipes with a modern approach, “Not fusion, but dishes that can be adapted to the Western palate.”

One of her new signature dishes is the melt-in-your-mouth beef cheeks, served with a local aromatic herb known as ma-om and quail egg curry. Other highlights include the Chateaubriand-style lok lak, a wagyu beef striploin with grape puree.